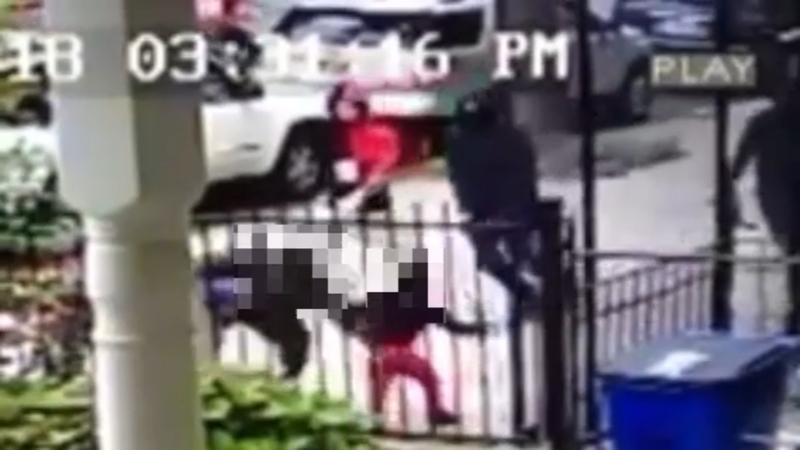 Man shot in front of 3-year-old daughter in Bronx

UNIVERSITY HEIGHTS, Bronx -- Gunmen opened fire on a father as he was walking with his 3-year-old daughter in the Bronx. The whole incident was caught on camera.

In the video, you can see this was a deliberate act, the suspects seemingly going right after the father.

Police just released the video of the incident that happened last Monday.

First you see the three men walking up, and one of them fired a gun.

You then see the 3-year-old little girl in the red pants running and her 30-year-old father running after her.

The three men follow after the father and daughter, resulting in a scuffle as the men pull the little girl away from her father before shooting him in the leg.

The child was not injured. Her father was rushed to St. Barnabas Hospital and is expected to survive.

The victim in this case has told police he doesn't know who the suspects are or why they would try and come after him while he was with his little girl.