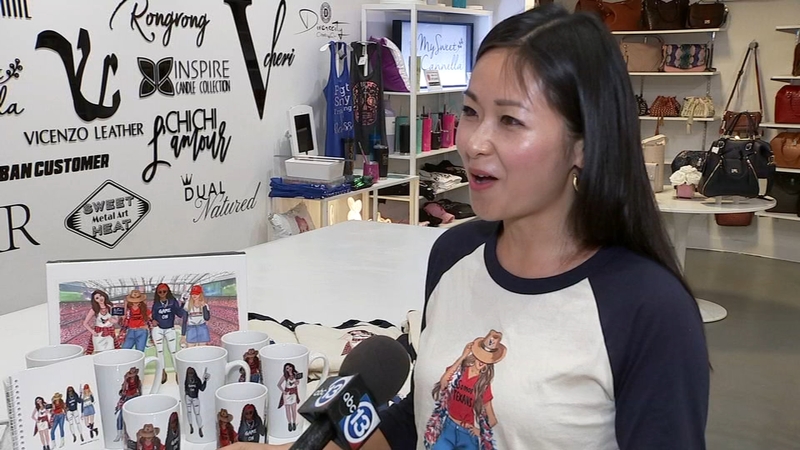 From coaches, officials, and fans; women are becoming more involved in the NFL. To meet this growing demand, the Texans now offer a fashion collection designed to showcase the diverse female fan.

There are shirts, cups, and even notepads. These aren't your typical Texans designs, though.

The items feature diverse female fans, which is a look created by Rongrong DeVoe.

"I really want all women to see themselves through the collection, and the diversity, and also just really remind them how much love they have for the Texans," DeVoe explained.

DeVoe showed us the collection at her Pop Up Shop in the Galleria Mall. There are only a limited number of items available there.

The Texans team store is where fans want to go if they want to buy them. DeVoe said fans might recognize her female characters because she went through hundreds of images of real Texans fans.

"I took inspiration from the daily life from what they're wearing and piece all the puzzle together," DeVoe explained.

As more women turn to the NFL, DeVoe hopes they see these character as the strength of diversity that highlights all women who love the Texans. It's a collaboration she couldn't be more proud of.

"This is definitely top three," DeVoe said. "I would never think about as a fashion designer to be able to work with an NFL league."

DeVoe said if the items do well, the plan is to create a holiday collection later this year. Right now, you can only get them in her Galleria Mall shop, or the Texans team store.

DeVoe said they'll also be available online by as early as next week as.