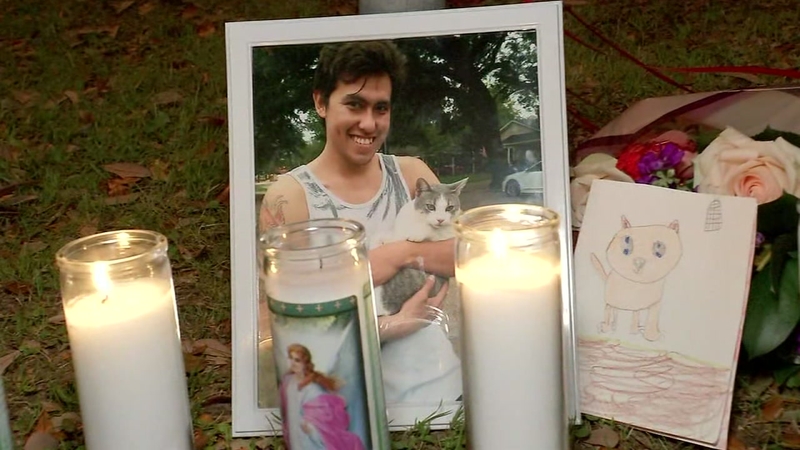 HOUSTON, Texas (KTRK) -- At the site where 23-year-old David Leon Loya lost his life Thursday, his family, friends and even strangers came together to honor him.

Cyclists from HTX Bike Social rode from the Whole Foods on Waugh Drive to the corner of 8th and Heights where Loya died after getting hit by an HISD school bus.

Police say Loya was on the bike lane and even slid under the bus to avoid getting hit, but unfortunately he was run over by the back axle. The investigation is on-going.

RELATED: Bicyclist struck and killed by school bus in the Heights

"He was a great young man," said Felipe Pinales. "He was a big brother. All these people loved him."

David's biological father, David Sr., said Pinales was there for his son when he could not be, and wanted to thank him for raising a fine young man who was tragically killed too soon.

"Tonight, I rode after 25 years, and I rode because I know he liked to ride," said Loya Sr. "I will begin to ride more in honor of my son."

Several others did the same Friday night. They rode to honor Loya and bring awareness to the dangers cyclist face daily while on the road.

It was a simple message from a grieving father who can't quite understand why his son left this world too soon.