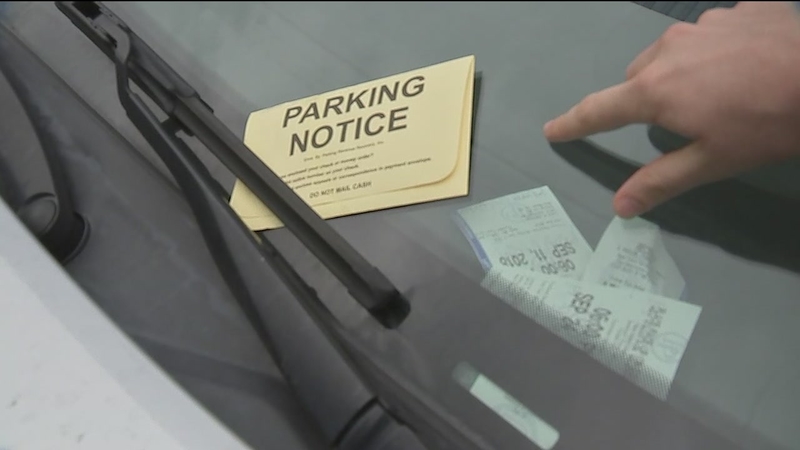 Man says he was duped by fake parking attendant

HOUSTON, Texas (KTRK) -- People who thought they paid for parking in downtown Houston are learning they actually paid a criminal.

Fake parking attendants are charging customers, who are left with big parking tickets from the real companies.

After getting duped by a parking poser, James Gibbs thinks he should have known better.

"I felt kind of foolish to be honest with you," said Gibbs.

He paid a scammer $10 at a Platinum Parking lot on Crawford and Walker.

When he returned to his car, he had a $75 parking ticket on his window.

"We went to the police station, filed a report, and they told us this is pretty common," said Gibbs.

A representative of Platinum Parking told ABC13 unless there is an event, the lot in unstaffed.

If there is an event, the parking attendant will be wearing a company uniform.

But Gibbs says the man who took his money had a badge and hat.

"He looked legit," said Gibbs. "The way he moved and the way he was quick with his responses. 'Hang the ticket in your truck.' It was pretty legit looking to people like me who don't go downtown often."

Dan Parsons, president of the Better Business Bureau of Greater Houston and South Texas, Inc., says it is not uncommon for con artists to look the part.

"When people are not in their familiar zone, it's easy to get hit," said Parsons. "You're pulling into it and there's a big pay station in the middle of it. I'd stop and ask questions. You know, uniform or no uniform, 'What's that?'"

If the signage isn't clear, Parsons suggests finding another lot.

"Everybody around here said, 'Just use Uber,'" said Gibbs.

Gibbs protested the $75 fine from Platinum Parking. They agreed to reduce the ticket price to $25.

A representative of Platinum Parking told ABC13 they have received reports of the scams taking place in lots near Minute Maid Park and the Toyota Center and in other companies' lots as well.