HOUSTON, Texas (KTRK) -- Federal agents and Houston police officers had to bring in a semi-truck to seize all the items confiscated after the arrests of a father and son considered to be the largest distributors of fake luxury goods in the Houston region. 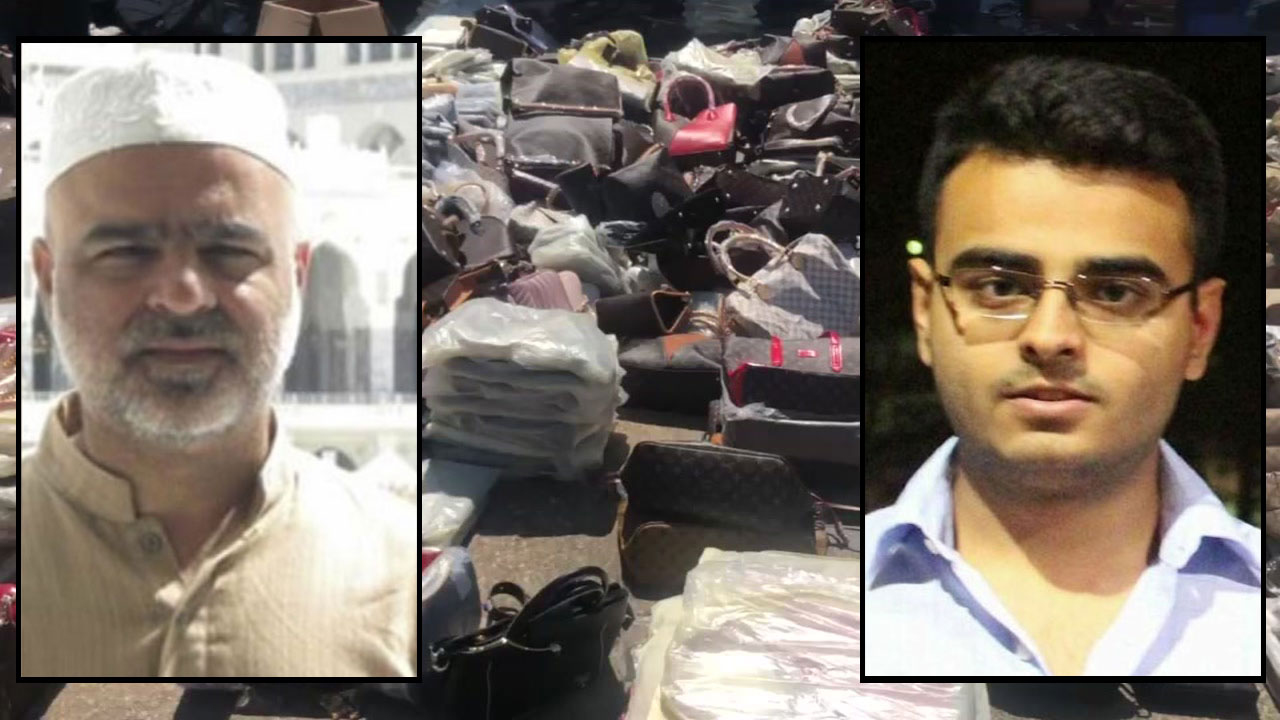 Officers with HPD's Major Offenders Division and agents with Homeland Security Investigations spent 10 hours Tuesday seizing, categorizing and boxing thousands of counterfeit wallets, watches, bags and clothes. There were so many items seized from warehouse locations on Town Park and Corporate in southwest Houston that they had to bring in a forklift and 18-wheeler to cart them all off.

The search and seizure came after the Nadeems were arrested at their Missouri City home. When ABC13 went to the home Wednesday, a man slammed the door and never re-opened it.

When buying designer goods, a few simple steps can keep you from getting scammed.

The Nadeems are under federal indictment, accused of receiving more than 3,000 shipments from China since 2014 worth more than $14 million, according to court records. The shipments included fakes of Louis Vuitton, Micheal Kors, Gucci, Chanel, Burberry, Rolex and the list goes on.

Sources say the father and son team sold the items to people who then resold them. The buyers knew the goods were fake. The Nadeems are considered the biggest distributors of counterfeit luxury goods in the Houston region, reaching all the way to the Valley. Spokespeople for the U.S. Attorney's Office and Homeland Security Investigations declined to comment.

Chramosta also sits on the board of Crime Stoppers of Houston, and says don't think what the Nadeems are accused of are victimless crimes.

"Oftentimes, these are produced in countries by people who are young, maybe not treated well," Chramosta said. "They're made in sweatshops, so you're contributing to society of the underground black market that just changes the way we live and work as a community and around the world."