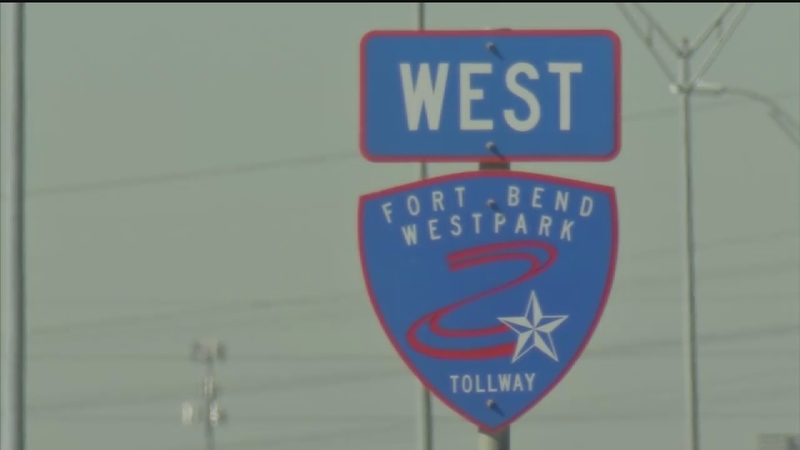 HOUSTON (KTRK) -- Tens of thousands of commuters use toll roads every day, but an easy mistake could have you facing a massive bill.

It is not uncommon for credit cards linked to EZ tags to expire. When it happens drivers are not paying their tolls. In the past you, would get a letter about the problem and one call would reinstate the card and wipe out any fees, but now that Fort Bend County is collecting its own tolls, one call no longer does it all.

Back in September Chrisie Jackson's credit card linked to her EZ tag expired leaving her unaware she was running the toll roads without paying. Then she got a letter from the Harris County Toll Road Authority.

"I immediately called Harris County Toll Road, fixed the problem, she told me she had waived all the fees, everything was good," said Jackson.

But it turns out everything was not good. Weeks later another letter arrived, this one from the Fort Bend County Toll Road Authority saying Jackson owed $1,800 for unpaid tolls and the added fines and attorney fees.

"So I called Fort Bend Toll Road Authority and I have no idea how I can go from having everything paid off to having this bill come in the mail, and there were no letters that came in before the $1,800 bill," said Jackson.

So we called the Fort Bend County Toll Road Authority and found out that drivers with expired credit cards must call all the toll authorities that are looking to collect unpaid tolls.

In our area, that could be three separate phone calls, depending on the roads you travel. The issue has come up several times since Fort Bend County started collecting its own tolls last year. Officials in Fort Bend County say the tolling agencies do not have the authority to waive fines and fees for other toll collecting agencies.

"I had no idea I had to pay attention to that, I just saw toll road," said Jackson.