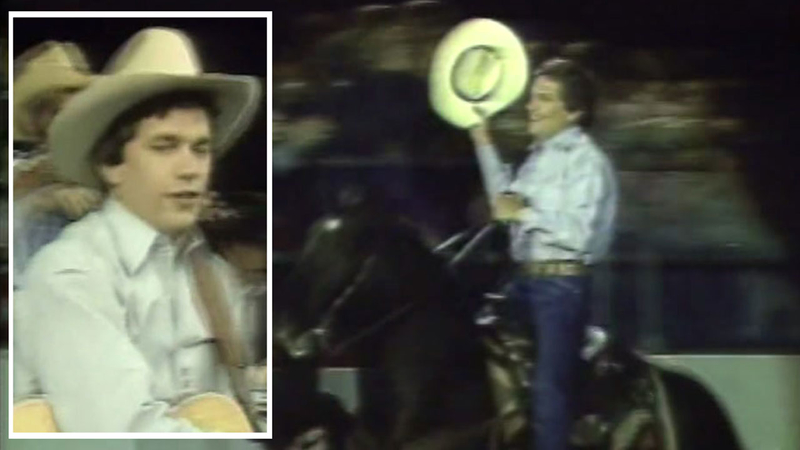 But, let's go back a couple of decades, before you ever knew all your ex's would live in Texas.

George was a cowboy from south Texas who could barely fill the dance floor at the tiny and now historic Gruene Dance Hall.

It was 1983, and singer Eddie Rabbitt was scheduled to perform at the Houston Livestock Show and Rodeo when he got sick.

"Somebody mentioned this young, upcoming entertainer from south Texas, George Strait," explained Jim Bloodworth, former chairman and president of the Houston Livestock Show and Rodeo. "He had a record out, but he wasn't on in this area."

The only problem is that the show was in just a few hours, and thousands of people already had tickets to the night's performance.

"We didn't have cell phones. Well, George wasn't there, he was out looking for his dog. He lost his dog," Bloodworth laughed. "About an hour later, he calls back and we said, 'We'd like you to come to our show, the Houston Livestock Show and Rodeo.' He said, 'What's the date?' We said, 'Son, you don't understand. We're talking about tonight. We need you tonight.'"

Strait landed in Houston less than an hour before taking the stage. No rehearsals, no sound checks. Just pure country.

"This good-looking, handsome cowboy comes out with starched jeans and starched shirt, cowboy hat, and starts singing to the crowd," Bloodworth said. "He'd look right in the camera and smile, and the girls went crazy. He had them for the rest of the night."

Strait ended his performance by jumping on a horse and throwing his hat into the crowd.

By the end of the night, he was 'King George.'

"Right there, it was like this guy is going to be something," Bloodworth explained. "He would have been big without the rodeo, but we did give him a kick start."