'Hamilton' cast performs for audience of one in Houston: George H.W. Bush 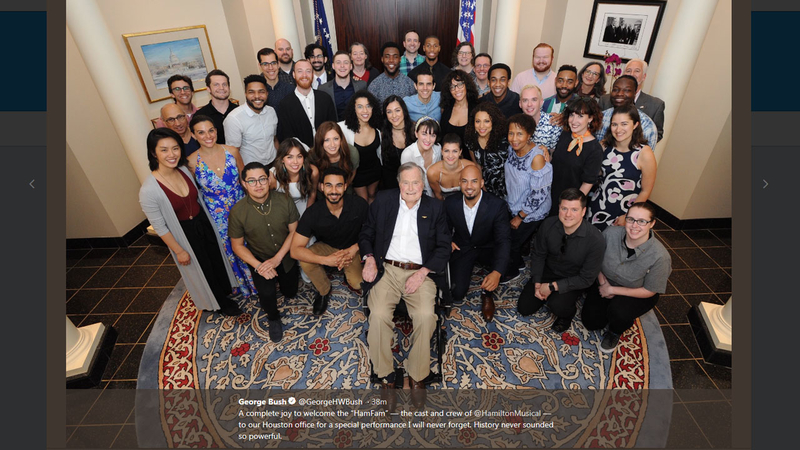 HOUSTON, Texas (KTRK) -- While most people have to vie for tickets to catch a glimpse of the "Hamilton" cast, former President George H.W. Bush got a taste of the Broadway smash hit right in his own office on Tuesday.

The cast performed for the former president before staging its touring show downtown as part of Broadway at the Hobby Center.

Bush welcomed the cast into his Houston office, where he was serenaded with songs from Lin-Manuel Miranda's Tony Award-winning musical.

The 41st president said on Twitter, in part, that "history never sounded so powerful."

"Hamilton: An American Musical" is playing in Houston now through May 20.

A complete joy to welcome the “HamFam” — the cast and crew of @HamiltonMusical — to our Houston office for a special performance I will never forget. History never sounded so powerful. pic.twitter.com/dL224SkMKn