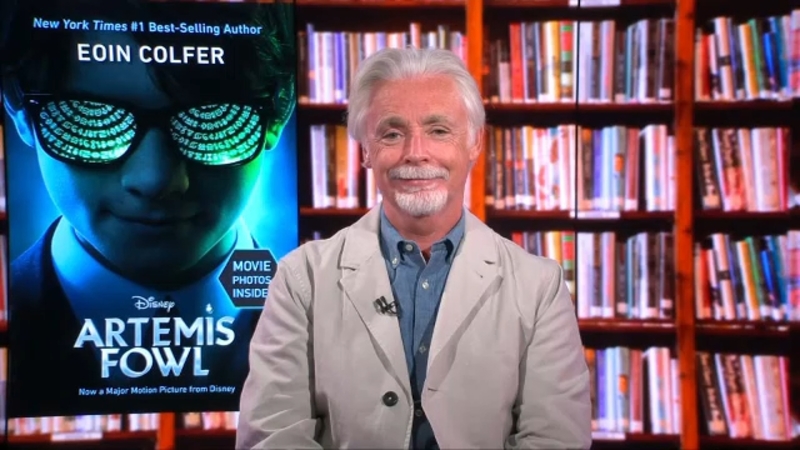 NEW YORK -- "Artemis Fowl" hits your screens streaming on Disney+ on Friday! The movie follows anti-hero Artemis Fowl, a 12-year-old criminal mastermind, on his quest to help his mother in the wake of his father's death.

"I remember writing the book and I did not have a room in our little house to write it. So I wrote it in the baby's room, but only when the baby was awake because I couldn't go in when the baby was asleep, and I wrote it on the table with the diapers and the wipes," Colfer said. "And to see it go from that tiny point to now splattered across screens all over the world and it's quite amazing and it's quite surreal."

The movie brings to life Fowl's world which includes trolls, fairies, and leprechauns. It turns out being a LEPrecon is actually a job, and one where they are the law enforcement and military responsible for protecting fairies and their secrets. The author says the main character is based on someone very special to him.

The pandemic may have prevented the movie from hitting the big screen, but Colfer says he wrote to top executives and asked if it might be a good fit for the streaming service.

"I think the alternative would be that it would be put off for a couple of years maybe," Colfer said. "It would be a great gesture on the part of Disney to all the kids that are going to be stuck at home and are going to be looking for new content."

Fans of the eight-book series with several spinoffs might notice some differences. Mainly, that Commander Root is now a woman. Colfer said that when you get the opportunity for Dame Judi Dench to appear in your movie, you don't pass that up!

"I met with (director) Kenneth Branagh in London, and I said, 'Listen, I want the best person you can get for every part. I don't care where they're from, what their gender is, it's all fine if you think that's the best for the part then that's who should have the part."

Colfer said that he hopes that this is just the first introduction to "Artemis Fowl" and more films could be on the way for his books' fans.

"It would be great to keep the actors, especially the younger ones like Ferdia and Lara to play Artemis and Holly, I'd love to see them do a few more," he said.