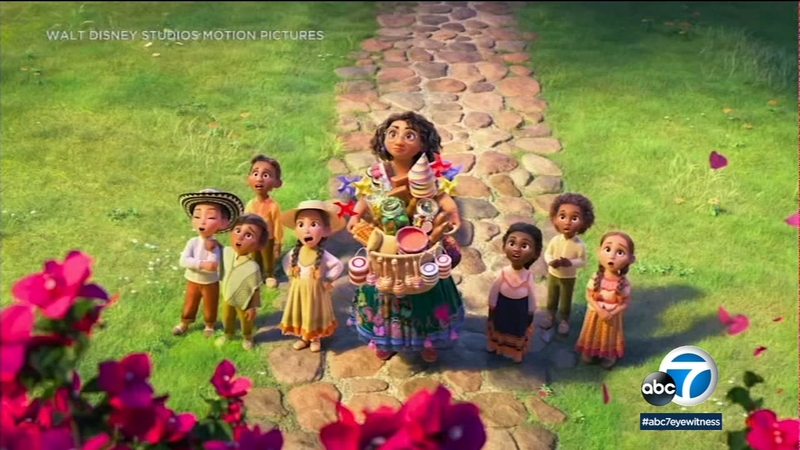 HOLLYWOOD, LOS ANGELES -- Disney's latest animated film "Encanto" tells the tale of the Madrigal family who live hidden in the mountains of Colombia in a magical charmed place called the Encanto.

The magic of Encanto has blessed every child in the family with a unique gift, from super strength to the power to heal. Every child, except one - Mirabel.

But when she discovers that the magic surrounding Encanto is in danger, Mirabel decides that she, the only ordinary Madrigal, might just be her exceptional family's last hope.

"Encanto" features original songs by Emmy, Grammy and Tony Award-winner Lin-Manuel Miranda, who said for this film, he was excited to be working with the production team from the very beginning.

The film held its world premiere in Hollywood on Wednesday. "Encanto" is in theaters Nov. 24.

Disney is the parent company of ABC7.