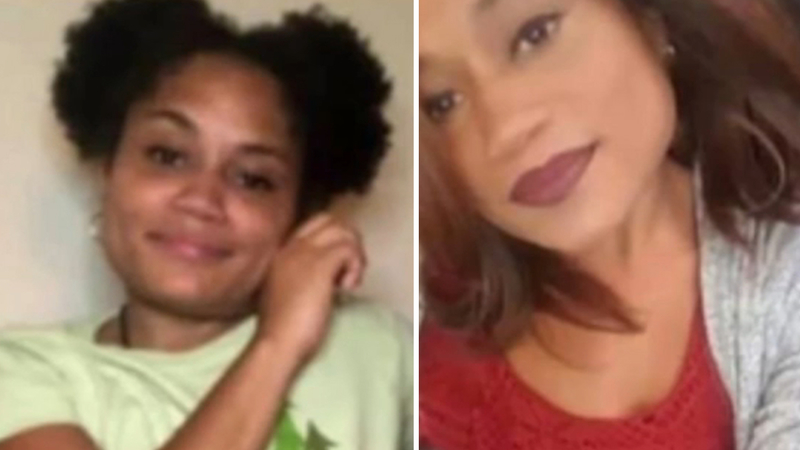 Ex of Houston woman who disappeared charged in her murder

HOUSTON, Texas (KTRK) -- A 29-year-old Houston man has been charged in the murder of his ex-girlfriend, who was missing for more than a month, prosecutors say.

Emmishae Kirby, 29, disappeared from west Houston in Sept. 2020 after investigators said she was seen leaving the 800 block of Country Place Drive. Her body was found on Oct. 3, 2020 in the Bear Creek Park area.

Javon Gilbert, a man prosecutors say is Kirby's ex-boyfriend, is accused of killing her. Kirby was shot in the head and strangled.

Overnight in probable cause court, where Gilbert was set to appear but did not due to mental health reasons, officials revealed more of the details surrounding Kirby's disappearance and death.

According to authorities, Gilbert and Kirby had been living together until Sept. 2020, when they broke up after she accused him of sexually assaulting her. She is said to have made it clear she was beginning to move on with her life.

Gilbert moved out, but according to a witness, he broke into her apartment after the break-up, stood over her bed with a knife and refused to let her go.

Prosecutors said there were multiple instances of Gilbert showing up at Kirby's apartment unannounced and peeking into her windows.

Text messages reviewed by officers from Kirby's account allegedly showed that on Sept. 5, Kirby told Gilbert she felt unsafe and that he responded he wouldn't harm her.

Police say Gilbert did not deny the text messages or breaking into her home. He also admitted they broke up because of the sexual assault accusations.

Further, when officers spoke to Gilbert, he said he hadn't returned to Kirby's apartment since Sept. 18, the last time she is seen alive on surveillance video with him.

During a later interview on Jan. 7, 2021, investigators say Gilbert admitted that he showed up uninvited on Sept. 18 because he wanted to see Kirby.

This is what we know about what happened that day.

Officials reviewed extensive surveillance video and saw Kirby getting into her car with Gilbert in the passenger side. It's believed they went to a restaurant and gas station.

Authorities say Gilbert killed Kirby in the apartment, before disposing of her body in the Bear Creek Park area, about six miles away.

Gilbert was also seen making several trips back and forth from Kirby's building to the parking lot.

Prosecutors say that on Sept. 19, from 1:40 a.m. to 1:46 a.m., Gilbert was seen carrying a large item from the direction of Kirby's apartment and sitting it on the ground between vehicles in the parking lot.

The item appeared to have substantial weight. Prosecutors say that Gilbert was also on camera opening the rear of Kirby's car, picking up the item, placing it inside and leaving. He returns within an hour, parking Kirby's vehicle in a parking spot on the far side of the complex.

Further surveillance video shows Gilbert taking trips to Kirby's apartment and throwing items into a nearby dumpster, including a sofa, investigators said.

Police believe there's clear evidence that Kirby was killed shortly after returning to her apartment with Gilbert on Sept. 18, the last night they were together, the last date anyone spoke with Kirby on the phone and the last time she is ever seen on surveillance video.

Prosecutors say Gilbert also made a series of false, misleading statements during the investigation and continued to return to Kirby's apartment after her death to dispose of items.

He is also accused of destroying evidence related to the murder, including cell phone records, location records, and financial records.

According to investigators, Gilbert returned to the apartment on Sept.19 to return Kirby's debit card.