By JAMES BARRAGÁN, The Texas Tribune 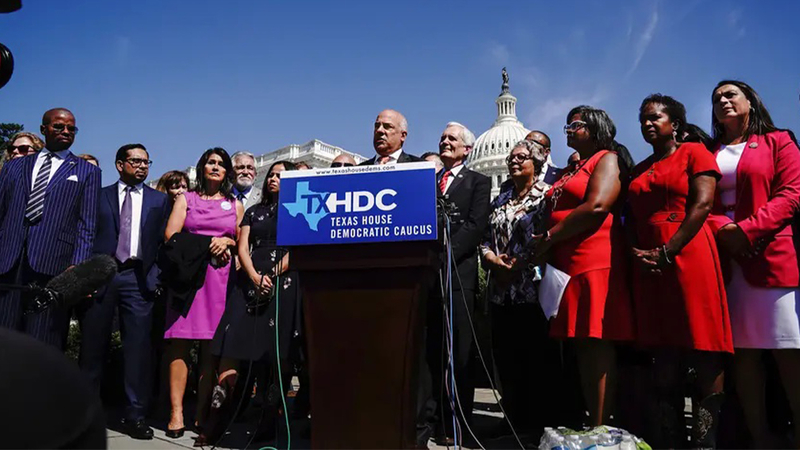 AUSTIN, Texas -- A state district judge in Travis County has granted a temporary restraining order blocking the arrest of House Democrats who have broken quorum by leaving the state, paving the way for those who remain outside of Texas to return home without threat of arrest.

SEE RELATED STORY: Democrats celebrate the end of the Texas special session, but it may be short-lived

The lawsuit was filed on behalf of 19 House Democrats by attorneys Sam Bassett, Jeremy Monthy and Megan Rue.

It is the second lawsuit filed by House Democrats in an attempt to avoid arrest if they returned to Texas. The other was filed by attorney Craig Washington in federal court in Austin on behalf of 22 House Democrats. It was riddled with problems, including subsequent statements by at least four of the plaintiffs that they had not authorized the suit on their behalf.

The lawsuit in federal court also included State Rep. James White, R-Hilister, as a defendant. White is not named as a defendant in the case in state court.

Read the Democrats' petition for a judge to block their arrests.

In July, more than 50 House Democrats left the state during a 30-day specially called legislative session to block the passage of an elections bill they said would restrict voting access. The remaining members in the chamber voted to authorize a "call of the House" under which all entrances into the chamber can be locked and lawmakers are not permitted to leave without permission from the speaker. They also asked the chamber's sergeant-at-arms and other law enforcement officers to bring the missing lawmakers back "under warrant of arrest if necessary."

RELATED: What it means to break quorum in Texas House of Representatives