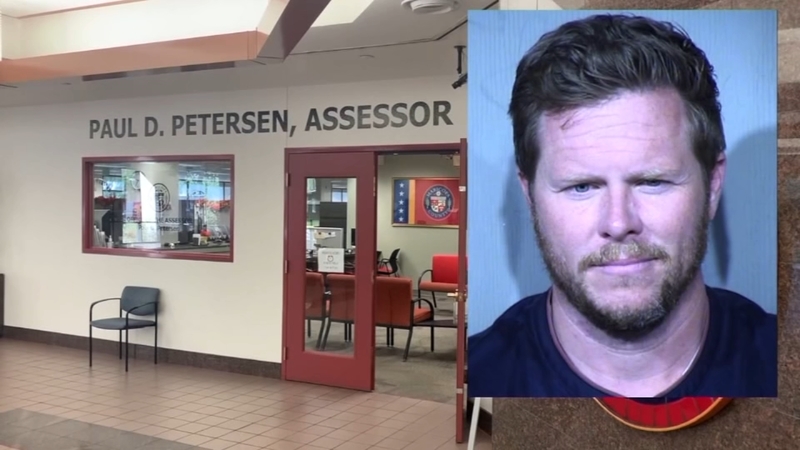 PHOENIX, Arizona -- The governing board in Arizona's most populous county has suspended an elected official accused of running a human smuggling scheme involving pregnant women from the Marshall Islands brought to the U.S. to give birth for adoptions.

The Maricopa County Board of Supervisors voted unanimously Monday to suspend Assessor Paul Petersen without pay for up to 120 days.

Petersen is accused of paying pregnant Marshallese women to have their children in the U.S., where they would be put up for adoption. He was indicted on 19 charges, according to KNXV.

Board members lack the authority to permanently remove Petersen from his office that determines the value of properties for tax purposes in Phoenix and its suburbs.

RELATED: Officer indicted for hitting man in face with his knee

He's facing charges in Arizona, Arkansas and Utah including human smuggling, sale of a child, fraud, forgery and conspiracy to commit money laundering.

"There's hundreds of documents," Maricopa County Board of Supervisors' Bill Gates told KNXV. "Actually, 1,500 documents in general that were reviewed and of those only, this is going back to 2006 because he was working for the assessor's office before he was appointed the assessor, and only 13 percent of those documents were county business."

Petersen's attorney argues that as an elected official, and not a county employee, he is not subject to the same rules.

Gates says the board still needs to figure out what to do if Petersen attempts to show up at work and is working on finding an acting assessor.