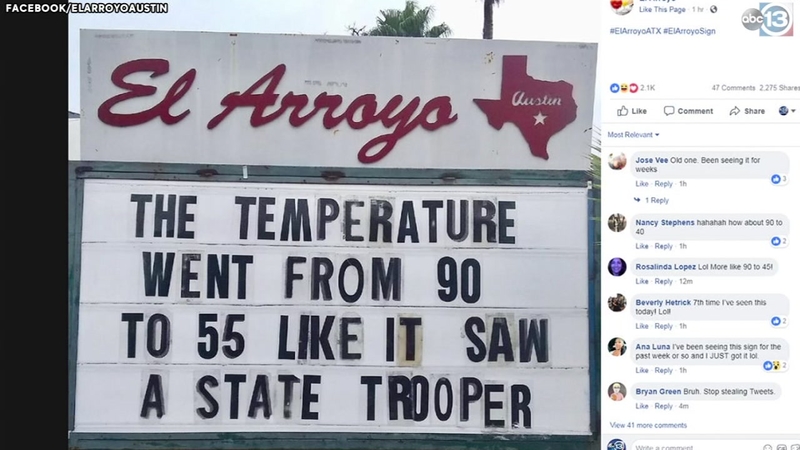 AUSTIN, Texas (KTRK) -- The instantaneous coldness felt across the state is not lost on a lot of Texans, including one eatery known for its spot-on marquee fodder.

El Arroyo restaurant in Austin posted on Facebook its latest sign, a take on the temperature drop that was felt in mere hours.

"The temperature went from 90 to 55 like it saw a state trooper," the sign read with a hilarious nod to speeding on Texas highways.

The restaurant's rotating quips have gained a cult following among Austinites and any lucky town visitor who comes across them.

Some of its past signs included, "Next week has been exhausting," and "Memes are just public inside jokes."

The restaurant has become so self aware of its influence, it sells T-shirts of its marquee printed on them.

Make sure you have a jacket, Meteorologist Travis Herzog says it could get a little chilly today!