Families horrified by allegations of abuse at preparatory school 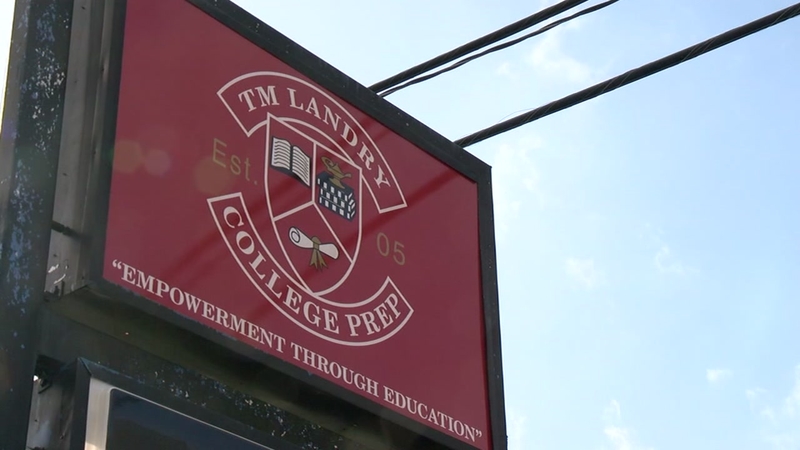 BREAUX BRIDGE, Louisiana (KTRK) -- A Houston attorney is representing approximately 36 former students and families as they step forward with allegations of abuse and intimidation from inside their preparatory school.

"Please take your child out and put them in another school immediately," said Daphne Hall, who enrolled her 5-year-old son into the school for kindergarten in 2017.

Hall says she was looking for a school that could help her son with a developmental delay, and founders Tracey and Mike Landry were family friends.

T.M. Landry shot to national fame after those students, mostly black from disadvantaged backgrounds, were accepted time and again to Ivy League schools.

"He is the best salesman in the world," said Hall. "He makes you believe it, feel it, you want your child to be there."

She removed her child last May after his first school year because she says there were signs he was struggling.

Hall filed a police report against the school on Friday after reading reports of physical abuse in a New York Times investigation.

The New York Times documented more than 24 cases of lies and intimidation from former students, largely claiming the school and its founders were falsifying college applications and high school transcripts in order to get those highly sought-after Ivy League acceptance letters.

The investigation also alleges both physical and emotional abuse against students, including a claim that a child with autism was placed in a closet.

Hall believes that child was her little boy.

Ashlee McFarlane with Gerger Khalil & Hennessy of Houston is representing Hall and many of the families who came forward.

McFarlane says it was all happening as parents paid monthly fees.

And the school, in operation since 2005, is not accredited by the state.

"That wasn't common knowledge. That the high school diplomas weren't recognized by the State of Louisiana," said McFarlane.

Now parents like Hall are left rife with guilt about what their children had to endure all for nothing.

"It's hard to imagine that someone could be so evil to children," Hall said. "You learn that this is about his ego. None of this is about children."

Tracey and Mike Landry returned a call to ABC13 to say they are not commenting on any of the allegations at this time.