How much will record cold cost Americans? Billions, according to AccuWeather 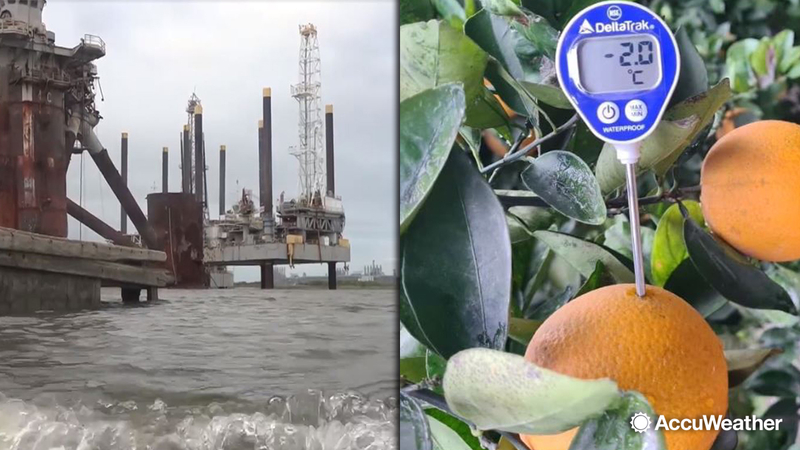 AccuWeather estimates that the nation's total economic impact from the coast-to-coast winter storms will be between $45 billion and $50 billion.

The weather is already causing problems at fuel and power facilities along the Gulf Coast, according to AccuWeather.

Natural gas prices rose more than 7% as some of the nation's largest oil refineries shut down to conserve power.

Dealing with frigid temperatures and ice is also a nightmare for farmers. The cold could wipe out some of the vegetable crops in southern Texas along the Rio Grande Valley, Myers said.

Dale Murden, the president of Texas Citrus Mutual, said the inside of fruit begins to ice once temperatures dip below 28 degrees Fahrenheit for more than five hours. He said he recorded temperatures as low as 21 degrees at his groves.

"This thing was blowing so hard that whether we were running micro-sprinklers to try to freeze the tree and insolate the inside, or smoke, or whatever, it was almost impossible because of the wind," he said.