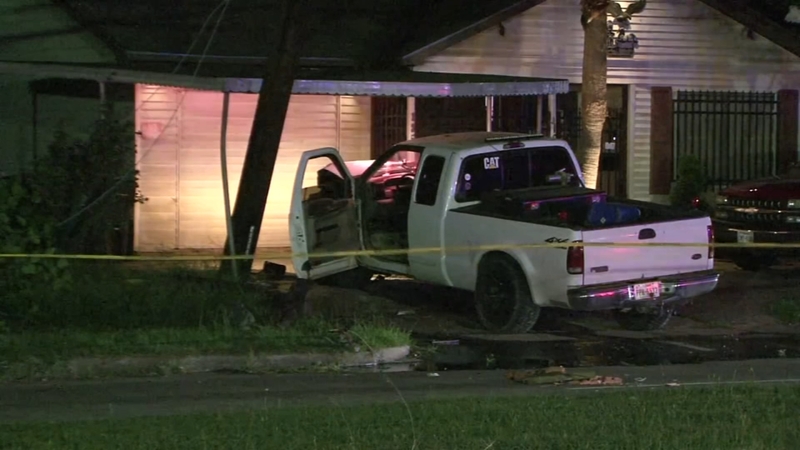 HOUSTON, Texas (KTRK) -- A man driving on a north Houston road was shot Friday night before crashing into a light pole, authorities said.

It happened around 8:30 p.m. on East Parker near Muckleroy.

The victim was eastbound on Parker when someone driving in the opposite direction started shooting at him, according to Houston police.

The victim's wife was driving behind him when the shooting happened, but she wasn't able to get a good description of the person responsible.

"We still do not have a motive, so we do not know exactly what happened," HPD Lt. Emanuel Pavel said. "The wife said that they do drive on the street every day. The suspect might have known the victim, but we don't know right now."

The man suffered a gunshot wound to the head and was last listed in critical condition at a hospital.

The incident was at least the sixth shooting this week involving a Houston-area driver.

RELATED: Driver shot on I-10 may have been road rage target, police say