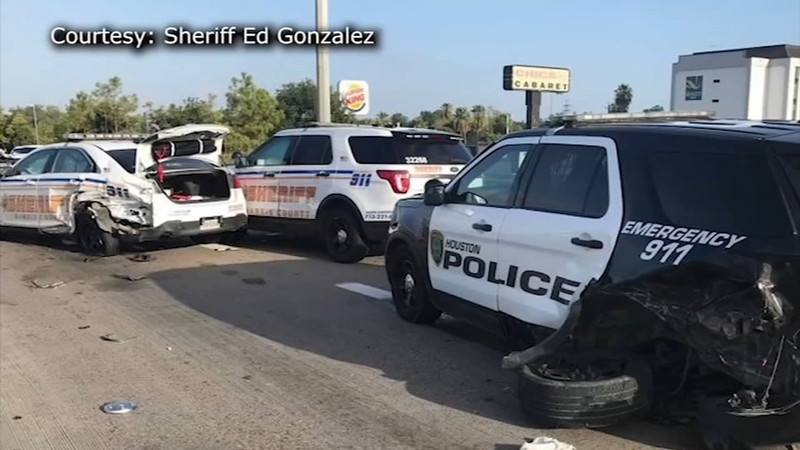 HOUSTON, Texas (KTRK) -- The numbers are staggering. So far this year in Harris County, 278 underage drivers have been charged with DWI. That means their blood alcohol was at or above a .08 and they're not even old enough to drink.

"A 20-year-old has less life experience. They're typically more prone to doing something very dangerous than someone that has more experience and is older," said Sean Teare, chief of the Harris County District Attorney's Vehicular Crimes Division..

In fact, the district attorney's office has been tracking the numbers for underage drivers all year. Of the 278 cases, here's a breakdown by age:

"Those numbers say we have a real problem with underage drinking and driving. Just this year, we've got no less than four intoxication manslaughters that were committed by people under the age of 21, that had been drinking somewhere beforehand," Teare said.

Alvaro Alan Gonzalez Estrada, 18, is one of the latest teens to be accused of drinking underage. On July 28 around 4:40 a.m., he allegedly crashed into two patrol cars, injuring three people, two of them deputies.

Court records say he admitted to drinking two beers, smelled of alcohol and failed field sobriety tests. He's being charged with DWI in addition to three counts of aggravated assault with a deadly weapon.

Harris County Sheriff's Office Deputy Abigail Talip was one of the deputies that was injured.

She said they were on I-10 responding to another call on the freeway when it happened.

"We had probably two or three minutes left on that scene before we were gone," Deputy Talip said.

She had just sat down in her patrol car when she saw a car coming right at her.

"I look through the rear view mirror and I just hear a crash," she said.

The next thing she knew, her airbags deployed.

She, a sergeant with the HCSO, and a person in custody in the back of a patrol car went to the hospital.

Amazingly, none of the injuries were serious.

Authorities have been cracking down on places and people that serve minors and are working to educate teens.

"I feel very blessed that I made it out with no broken bones, that I'm fine and everyone else that I was with made it out okay," Talip said.

Deputy Talip just hopes those who are underage learn a lesson as they head back to class: to not drink and drive.