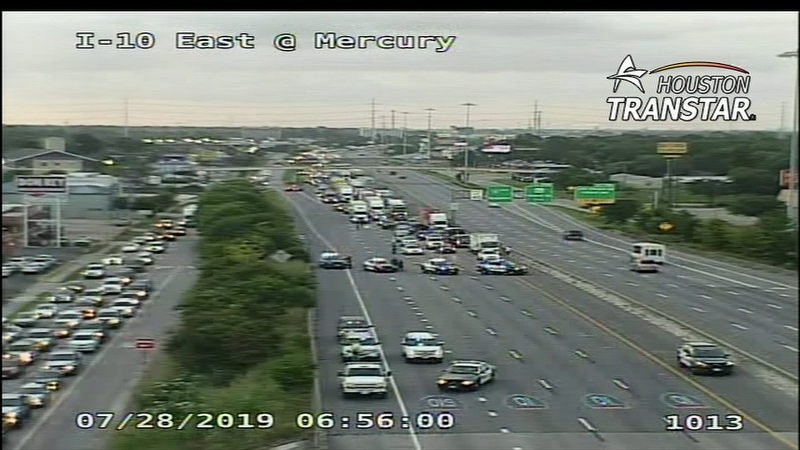 HOUSTON, Texas (KTRK) -- Two Harris County deputies were injured after a car slammed into their patrol vehicle in northeast Houston.

Authorities say the deputies were performing a felony traffic stop on I-10 at Mercury when the patrol car was hit. A Houston police car was also hit.

Authorities say one deputy was in the car and another was outside the vehicle.

The deputies were taken to the hospital. Authorities say they are in stable condition and are expected to be OK.

Two @HCSOTexas deputies were out on felony traffic stop on East Freeway near Mercury, when a 3rd vehicle struck their patrol vehicle. Both deputies sustained minor injuries and are said to be stable at the hospital. Driver of the striking vehicle has been detained. #HouNews pic.twitter.com/iTpDz93fc2

Authorities say the 18-year-old driver has been charged with aggravated assault of a police officer. Authorities believe he may have been under the influence.

A miracle no one was killed. Law enforcement personnel were doing their jobs on a felony traffic stop. An 18-yr-old driver, suspected of DWI, struck patrol cars & grazed one of our Sgt’s standing outside. A female was seated in back seat of a patrol car. #HouNews pic.twitter.com/dtmDRnfiO2