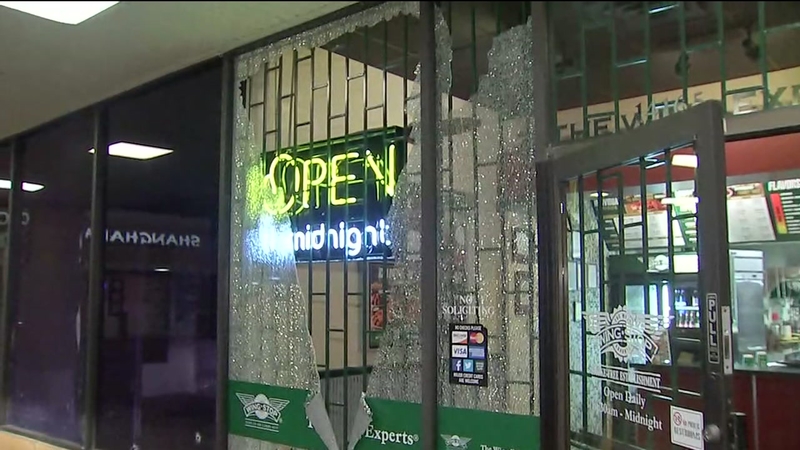 HOUSTON, Texas (KTRK) -- Customers enjoying dinner at a Wingstop Friday evening had to drop to the floor and take cover after a deadly shooting outside the restaurant.

"It was a bit frightening being so close to gunshots. That will shake you up a little bit," customer Noah Montmayor said.

A DPS trooper responding to a robbery at a Wingstop in northwest Houston shot and killed one of the three suspects.

Houston police confirmed the suspect was linked to the restaurant holdup Friday night in the area of the Northwest Freeway and Fairbanks North Houston.

"We are still trying to determine the exact numbers of robberies that the vehicle is suspected in. We are piecing that together as part of that investigation," DPS regional director Jason Taylor said.

Authorities say three masked men came out of the restaurant with weapons drawn. When authorities advised them to drop their weapons, they refused and gunshots were exchanged.

Two other suspects were taken into custody in connection with the robbery, police said.

Some Wingstop employees told ABC13 that the suspects may have ordered food before holding up the eatery.

The manager of the Wingstop said that he deals with robberies at least once a year, but they've never ended in a deadly shooting.