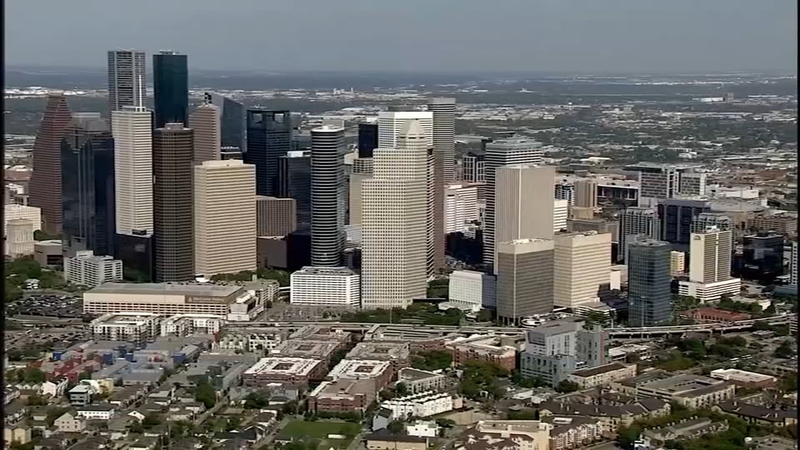 HOUSTON, Texas (KTRK) -- Despite the unusually empty streets of downtown Houston, the area is actually growing.

Bob Eury, the president of the Downtown District, said a massive, $1.9 billion is being invested in downtown construction. The construction is a mixture of new office and residential space, public projects and renovations to existing buildings.

A report recently released by the district indicates that only about 15% of the workforce has returned to their offices in downtown.

Eury is confident that people will be returning once the COVID-19 vaccine has been made widely available. He said companies have indicated to them they want employees to be able to collaborate in ways that video conferencing does not allow for.

"The one thing I've seen over the years is we are very agile," Eury said. "I have found that over the years, we have been able to respond to ups and downs in the economy and changes. We've watched that downtown and in the office market as well."

When it comes to construction and renovations, many are finding it easier to complete the projects while the area is less trafficked.

"Making the renovations for the rooftop patio we are working on, we would rather have tenants in the building, but while they are out, we are able to make the improvements at a faster pace," said Hunain Dada with Lionstone Investments, which owns the Jones on Main Building.

The report shows a nosedive in hotel occupancy over the last year. In December 2020, 15% of hotels were occupied versus the same time in 2019 in which the number was almost 50%. As it stands, about 10,000 people live in downtown Houston. Right now, at total of 1,300 condo and apartment units are being added.

The recently released report also shows a 6% dip in occupancy.

Despite numbers that may seem grim, new restaurants like The Nash and Georgia James are opening in the area. Houston brothers RJ and Ian Wilson opened Day 6 Coffee.

The brothers have seen more customers than they imagined and believe they have put themselves in a position for success when downtown bounces back.

"We've had a lot of people come and tell us that (nearby) construction is residential construction, which means there are going to be residents here in the near future," said Ian.