George Mason University student with Down syndrome rejected by every sorority 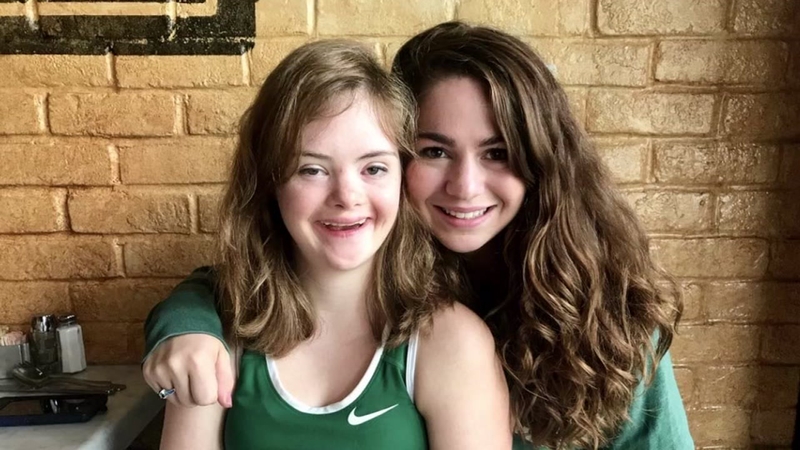 FAIRFAX, Virginia -- The sister of a student at George Mason University claims the college's sororities didn't allow her sister to join on the basis of disability.

Heigl took to Twitter to express her outrage at the situation. She claimed in a statement that AnnCatherine was "released" from all of them.

My sister who has Down syndrome went through @GMUPanhellenic sorority recruitment this weekend and her experienced has left her feeling unwanted and devastated. Here is my response to their Greek Life pic.twitter.com/pzNSFRz8uA

Heigl wrote, "There were less than 300 women in @GMUPanhellenic recruitment this year and there are 8 chapters. I refuse to believe that based on these numbers there isn't a single chapter that had a spot for AC. Her resume speaks for itself. The problem was that disabilities are unwanted."

Mason Panhellenic issued a statement regarding the matter on Sept. 19.

They wrote, in part, "Panhellenic's Formal Recruitment is a mutual selection process, and as the overseeing council we manage the process and enforce policies that have been decided on and approved by our member organizations. However, we do not possess the ability to dictate our chapters' membership or the process of selecting new members. As a council that promotes inclusivity, we recognize that people have been harmed by the decisions of our members, and we are committed to engaging all communities in dialogue on these issues to do better in the future."
Report a correction or typo
Related topics:
societydiscriminationu.s. & worldcollege studentdown syndrome
TOP STORIES
Timeline breaks down Uvalde shooter's movements day of massacre
HISD's Stephen F. Austin HS on lockdown after threat against campus
Teen dies 2 days shy of 16th birthday after being shot, sheriff says
Warming quickly after our coolest morning in nearly a month
More firearm dealers than mental health providers in Uvalde
Onlookers urged police to charge into TX school: 'Go in there!'
'American Pie' singer Don McLean pulls out of NRA convention
Show More
Officials: Buffalo, Uvalde shooters allegedly abused animals
Kevin Spacey charged in UK with 4 counts of sexual assault
Vigil held for 19 children, 2 teachers killed in TX school shooting
Trump loses appeal, must testify in New York civil probe
Oklahoma governor signs the nation's strictest abortion ban
More TOP STORIES News