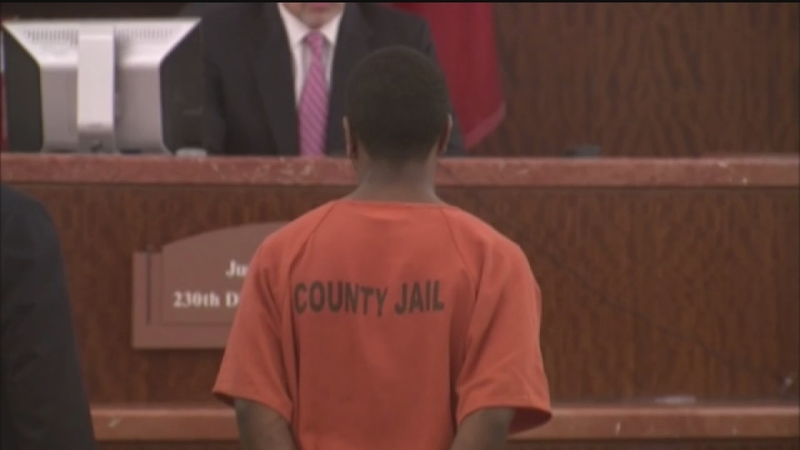 HOUSTON (KTRK) -- A man has been charged with capital murder over gunfire at a north Houston used car dealership that left two brothers and a son dead.

The two brothers and one of the sons were working like any other day at the used car business on January 8. Tony Contreras, Jesse Contreras and Casey Contreras, a new dad of twins, didn't have a chance.

"It's really pathetic. I'll never understand. Their lives didn't have to be taken, it's not like they died from an illness where it couldn't have been prevented," said Casey Contreras, the sister of 22-year-old Jesse.

Prosecutors say James Tinsley bought a car from the family owned business. He couldn't make payments so it was repossessed. In January, they say he stormed into the business shooting all three family members.

"We didn't know who it was, we know his face, I'm glad they got him," Tony's wife, Gema Ramirez said.

The tight-knit family says leaning on one another has helped them get through this. Anthony, another son of Tony's, was ill that day; otherwise he would have been working too.

"It's real hard to see them because we will never see them. They are happier and they will rest in peace live us. We have closure. We know who did it," Ramirez said.

Charging documents say Tinsley was arrested after he confessed to a girlfriend and she turned him in. A mechanic and surveillance video at the business helped ID him, according to prosecutors. For the Contreras family, an arrest means a lot for the smiling faces they loved so much.

"They lived life to the fullest and I think for them we should live our lives as well," Casey Contreras said.

One relative working Wednesday says he remembers Tinsley as a quiet guy. He says his father and uncle had even given Tinsley additional time to come up with more money for the car. Tinsley is being held on no bond.