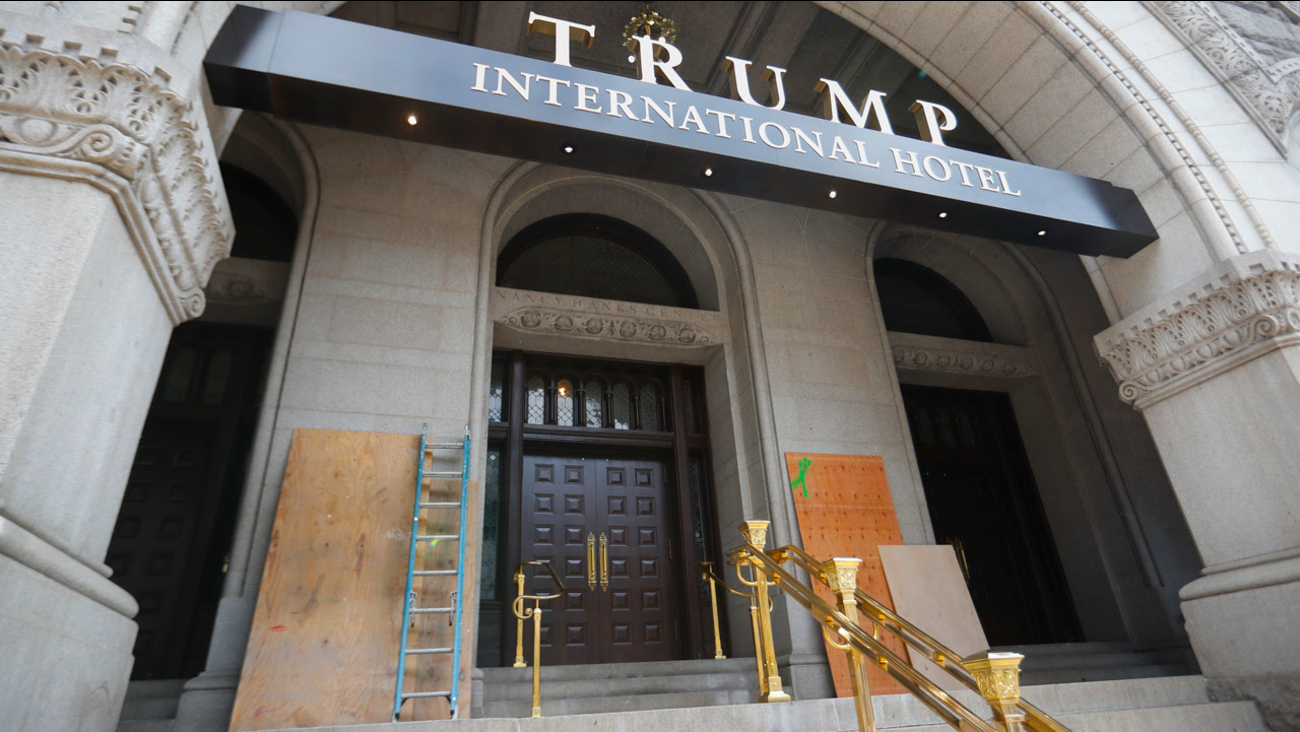 Plywood covers up graffiti at the entrance to the Trump International Hotel in Washington. Police said someone spray-painted "black lives matter" and "no justice no peace." (AP Photo/Pablo Martinez Monsivais)

District of Columbia police say someone spray-painted the phrases "black lives matter" and "no justice no peace" on the front of the building on Saturday afternoon.

On Sunday, the phrases were covered up with pieces of plywood.

Police spokeswoman Aquita Brown said Sunday that police have not identified any suspects. The incident occurred just after 4 p.m. Saturday, and police are investigating.

The Trump International Hotel opened on Sept. 12. The Trump Organization won a 60-year lease from the federal government to transform the historic Old Post Office building on Pennsylvania Avenue into a hotel. Rooms at the hotel start at just under $400 a night. 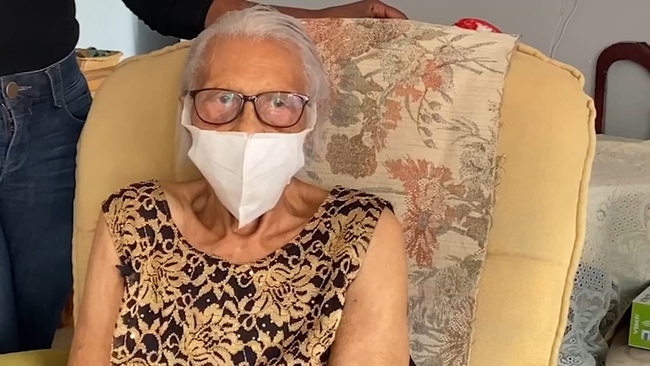