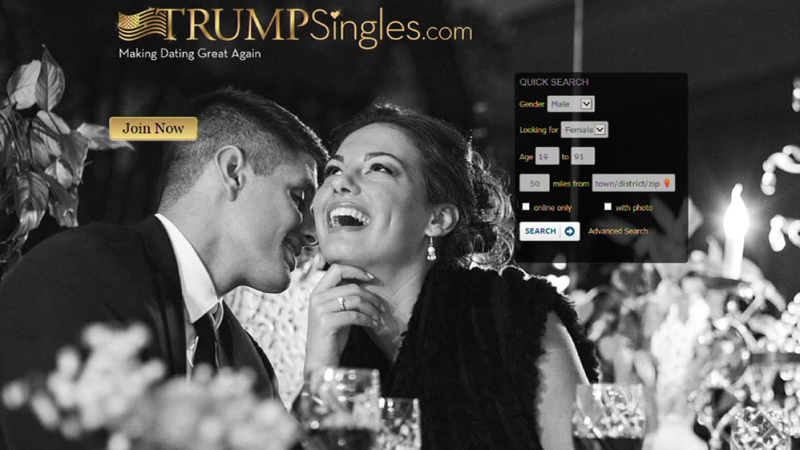 The dating website is aimed for fans of President-elect Trump and many are already signing up.

When David Goss decided last year to start his dating website, he never expected to have so much success. Goss even had to quit his day job and is now running the site from his Santa Clarita home.

TrumpSingles even has its own Twitter page, which has reached 20,000 followers.

Find someone you can get lost with, in the world. Stop wading through posers and losers on other #dating sites! https://t.co/0lKZ5ZiXn7 pic.twitter.com/HFG1bGFWyk

What started last summer as a $5 monthly subscription is now $19.95 a month.

TrumpSingles members can search for potential partners with similar political beliefs. As of Monday night, the site is surging with more than 20,000 members, just four days before Inauguration Day.

"People told us they went on dates on gun ranges and restaurants and various places," shared Goss. "We've had a lot of positive feedback since we got big."

The website is sparking some controversy, similar to the politician himself.

Eyewitness News spoke with several women in Burbank, and many gave some harsh feedback.

"I wouldn't even look at it, even if it was free, let's put it that way...because I know the one I want is not on this," said Burbank resident Caroline Mikailian.

As for Goss, he's not looking for love himself. He's been married for more than two years. The 35-year-old said his site is for those who are seeking true lasting love.

"There's no swiping left, no swiping right. You send a message, you talk to somebody, you get to know them, you go on a date and, hopefully, it turns into something special for them," he added.