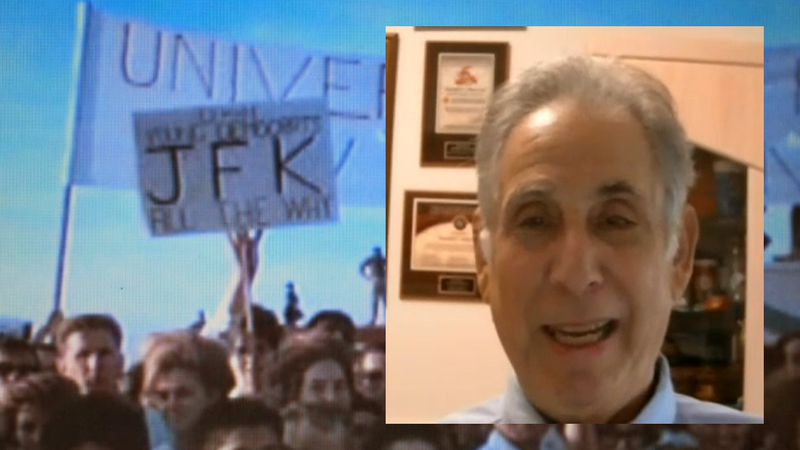 Houston man recalls meeting JFK day before he was killed

HOUSTON, Texas (KTRK) -- A Houston man shared his story about the time he was at Hobby Airport and greeted President John F. Kennedy the day before his assassination.

Don Maierson shared the in-depth details of that moment and more in a one-on-one interview with ABC13's Tom Abrahams.

"I often wonder what would've happened had he survived," said Maierson, who had just turned 21 at the time.

On Nov. 21, 1963, the president and First Lady Jacqueline Kennedy arrived from San Antonio at what's now known as Hobby Airport to a reception committee of dignitaries, a crowd of fans and a bouquet of yellow roses.

The Houston stop was part of a plan to raise campaign funds for the upcoming 1964 election and to try and heal internal divides among the Texas Democratic party leadership at the time, according to a 1964 story from United Press International.

The president visited a League of United Latin American Citizens dinner at the Rice Hotel, where Mrs. Kennedy addressed the audience in Spanish. Later, he attended a dinner at the Sam Houston Coliseum honoring U.S. Rep. Albert Thomas and his work to bring the Manned Space Center to Houston.

"The United States next month will have a leadership in space which it wouldn't have without Albert Thomas," Kennedy said at the time. "And so will this city."

It wasn't the first trip to Houston for Kennedy, but sadly, it would be his last. The president visited Houston in previous years to tour the new Manned Spaceflight Center. Kennedy's famous Moon speech was given at Rice Stadium on Sept. 12, 1962.

The presidential entourage left Houston and arrived in Fort Worth on the night of Nov. 21, where he spent the last night of his life.