Unspoken side of domestic violence 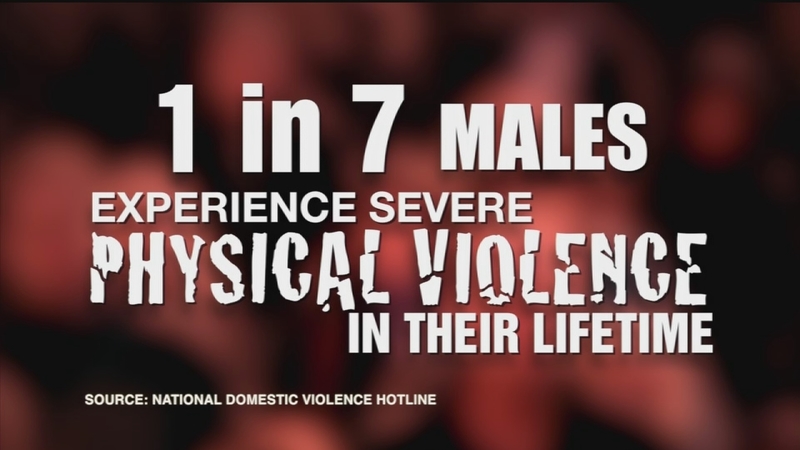 Hidden side of domestic abuse

HOUSTON (KTRK) -- Alana Holmes describes her 27-year-old brother saying, "He was full of life and very funny." She says Christopher Chapa had a lot of plans ahead adding, "I think that's the hardest part is just seeing what would have been." His plans included marrying his girlfriend Claudia Esquivel and being step-father to her five-year-old son.

In June of 2014 Chapa was shot to death in Galveston. The woman now charged with his murder is the one he was about to propose to.

Holmes says, "Never in my wildest dreams did I think he would die at the hands of someone he completely and utterly loved with all his heart."

Alana says her family was concerned about control and manipulation he experienced but they learned more after his death. She claims arguments would lead to hitting, even shocking him with a Taser. Esquivel had trained recently at the police academy.

Holmes describes her brother's relationship saying, "They're willing to do whatever it takes because they love them. They don't see this as I'm in real danger; this is a real toxic relationship."

She says she's sharing his story to raise awareness about the reality of men abused by women.

Celinda Guerra is the manager of the hotline services at the Houston Area Women's Center.

Guerra says, "There's certainly the stereotype that men are strong and they can't be hurt by anything." She says the calls they receive aren't just from women adding, "Men can also surely experience physical abuse because it's the first thing that comes to mind. But even Moreso a lot of men may be experiencing emotional abuse, verbal abuse, psychological abuse that's affecting them in a different way."

According to the National Domestic Violence Hotline one in seven males experience severe physical violence in their lifetime.

Jon Root says he's one of them as he describes a past relationship, "Things were being thrown at me, my cell phone, glasses."

The Olympic Gold Medalist says with much emotion, "It kind of makes you feel a little broken and brings up a lot of sadness. It took a lot away from me."

The former volleyball champion says nine months into a relationship with his girlfriend there was an incident after she'd been drinking.

He says, "It very rarely just escalates magically to a physical situation. There more than likely have been episodes where the fighting has increased or increased in time."

He says for him it did as issues of jealousy and insecurity got worse.

"Something set her off again and an internal flip just switched and she just dropped into this blind rage," says Root.

Jon says he believes he suffered PTSD from the experience.

He says, "I did fear because it was so unpredictable and the behavior was so violent." He believes there is not enough awareness when it comes to men in situations like his.

Alana Holmes agrees and says she hopes her brother's story opens a lot of eyes adding, "Those warning signs are so vital." She believes conversations should start at a young age about toxic relationships and adds, "I guess he had never really been taught when you see these red flags and things keep repeating over and over again, it's ok to walk away."

Holmes hopes everyone can learn something from her brother's death.

"It gives added value to his life and that's all I can do," she said.

If you or someone you know needs help call the National Domestic Violence Hotline at 800-799-7233. Highly trained advocates are available 24/7 to talk confidentially with anyone experiencing domestic violence, seeking resources or information, or questioning unhealthy aspects of their relationship.