Delphi murders 'might' be connected to nearby kidnapping case: Sheriff

No one has been arrested in the 2017 killings of Abby Williams and Libby German.
KTRK 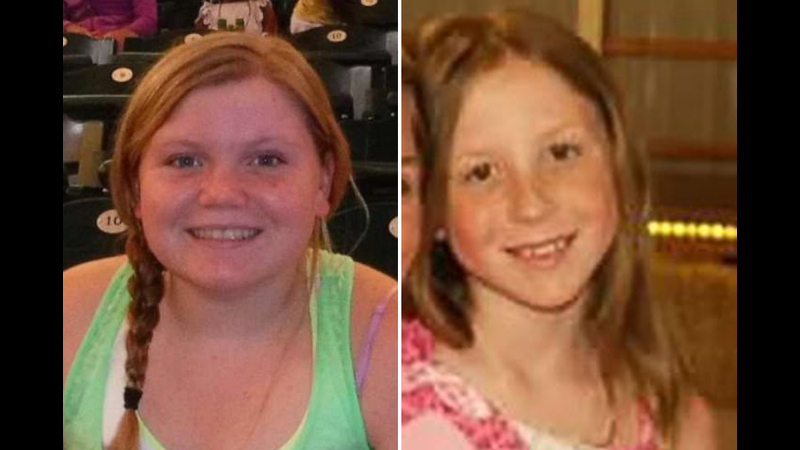 DELPHI, Indiana -- Investigators who for years have been working to solve the killings of two girls in Delphi, Indiana, are looking into a kidnapping suspect in nearby Lafayette, Indiana, to see if there "might" be a connection, the sheriff said.

A potential new lead was announced Thursday in the unsolved murders of 13-year-old Abby Williams and 14-year-old Libby German -- those two eighth-grade girls -- last seen Snapchatting on a hiking trail in Delphi in 2017.

There is a new push for information four years after police found teenagers Libby German and Abby Williams dead, in Delphi, Indiana.

But despite a photo and audio of the suspect, captured by German's cell phone, their killer has never been found.

Now, more than three years later, investigators say they are "looking into" a person they believe "might" be connected to their murders.

Last week, police arrested 42-year-old James Chadwell, charging him with the kidnapping and attempted murder of a 10-year-old girl, in Lafayette, Indiana, about 20 miles from Delphi.

The local sheriff told ABC News there are "several factors" leading them to look into Chadwell, but he declined to go into detail.

Chadwell has pleaded not guilty to the charges against him, and has not responded to requests for comment regarding a possible connection.

The girls' murders have haunted the town of Delphi for years.

"I think about them all the time; their names are etched in my desk," Indiana State Police Superintendent Doug Carter said.

Back in 2017, authorities released a grainy photo of a suspect they said was on the trail the same day the eighth graders went missing.

With no arrests, they later released video footage recovered from German's cell phone, along with audio believed to be the suspect's voice.

Police said they believed German recorded it because she feared they were in danger.

Believing the killer was likely a local, investigators initially released a sketch of the suspect, but in 2019 they released a new younger-looking suspect sketch based on a witness' recollection, potentially placing the man between 18- and 40-years-old.