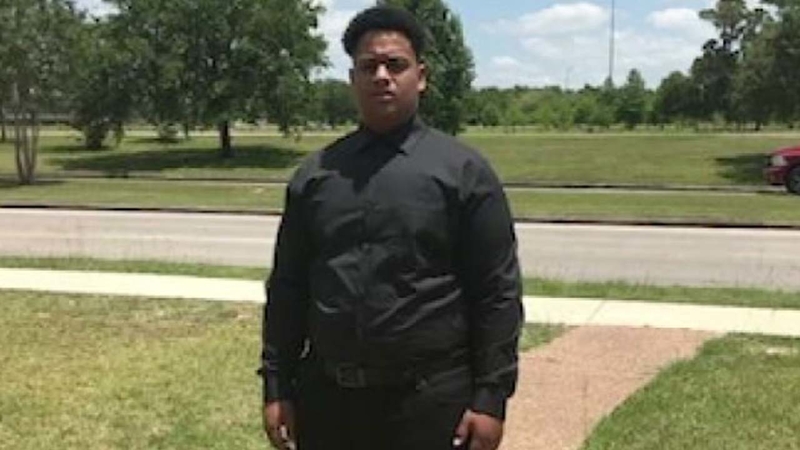 HOUSTON, Texas (KTRK) -- The distraught father of a murder victim is urging parents to check their kids' social media pages.

De'Lindsey Dwayne Mack was gunned down a block away from Lamar High School last Tuesday.

Police say it was gang related, but De'Lindsey's family says their son was not a gangster.

“He was not a gangster”
Mack family pastor Dr. DZ Cofield

De'Lindsey's father, Dwight Mack, says the images his son posted on social media and the interactions he had may have led the wrong crowd to think his son was in a gang. He believes that may have been why the murder happened.

The family of De'Lindsey Mack says he was not a gangster.

Dwight and his brother were flanked by their pastor on Monday as they gave a somber warning to parents about checking your kids' social media accounts, saying "this social media is a monster."

De'Lindsey's family says he posted pictures that seemed to suggest he was involved in a life that was tough.

For instance, De'Lindsey apparently posted pictures with his father's gun and money from his father's business to make it look as though the high school senior was living a life of a gang member.

His family says he was not in a gang, but the comments he made and the interactions he had online with real gang members spiraled out of control.

"Looking at his Instagram page, it was an alternative persona. He presented himself to be someone who, anyone who knew him, knew not to be true. He was not a gangster," Dwight said.

“Doesn’t matter what anybody else thinks I know I was and I know he’s with his Eternal Father”
That’s the message from De’Lindsey Mack’s father this morning pic.twitter.com/QpTRChsGs0

His father says De'Lindsey normally got out of school after freshmen lunch. On the day De'Lindsey was killed, a family friend was waiting to pick him up and take him to his father's shop.

But De'Lindsey was not in his normal place. The friend called De'Lindsey's phone, not knowing that he had been shot.

Father of murdered Lamar High School student De’ Lindsey DWayne Mack speaking to the media about what happened to his son. pic.twitter.com/5KamBp3ZHX

The funeral for De'Lindsey will be held Tuesday at 11 a.m. at Good Hope Missionary Baptist Church. The funeral is open to the public.

Police say they don't want to see a hint of violence at the church or on the way to the cemetery. A heavy police presence will be at both locations.

De'Lindsey's family says to pray for his mother, who is having a hard time with his death.