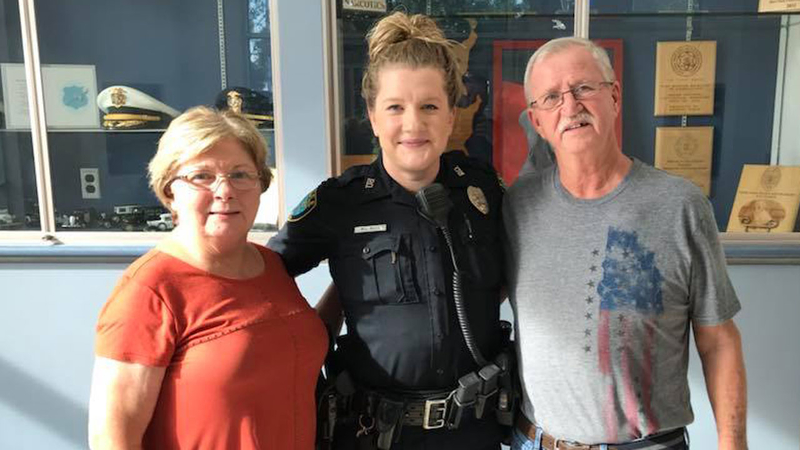 DEER PARK, Texas (KTRK) -- Kenneth Lawton probably shouldn't be alive, but his wife says he got a second chance thanks to God and a Deer Park police officer.

Halle Lawton says her husband was dead for 22 long minutes after his heart stopped while they were having a conversation on Aug. 30.

Halle called 9-1-1 when she realized her husband didn't have a pulse and wasn't breathing.

Kenneth not only survived the emergency, he had no lasting brain injuries, leading doctors to call him a "miracle man."

The Lawtons met with Officer Ross for the first time since the ordeal on Tuesday to say thanks.