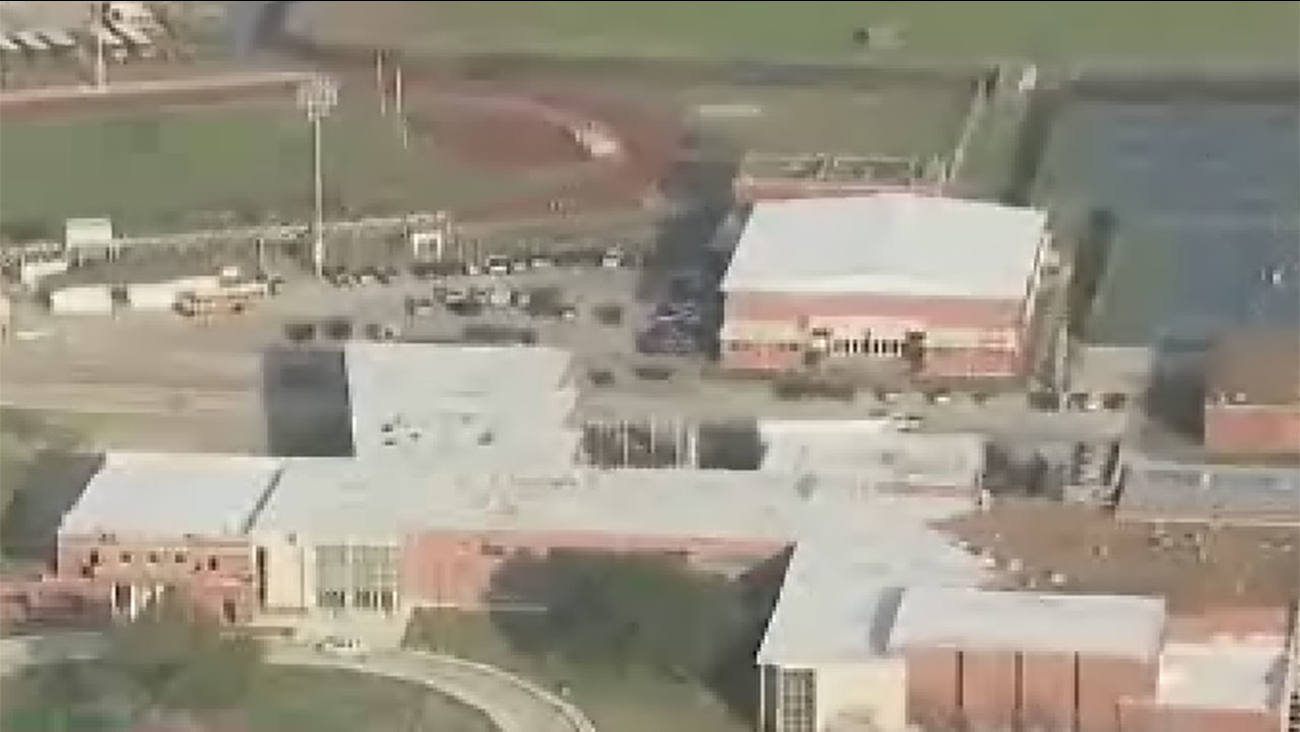 DEER PARK, TX (KTRK) -- A ninth-grader at Deer Park High North is in custody after the district says he was caught with an unloaded gun on campus.

Deer park ISD sent a letter home to parents. Administrators say the teen told them he brought the gun because he'd been threatened by the sibling of another teen.

The teen was caught after a Crime Stoppers tip.

This is the letter that went home to parents

Dear Parent or Guardian, This afternoon, a ninth-grade boy was arrested at Deer Park High School-North Campus for possession of a firearm on school property. The weapon was not loaded, but the boy also had bullets in his possession at the time of his arrest. The boy told administrators that he brought the gun to school because he had been threatened outside the school day by the older sibling of another teen.

Obviously, the police investigation is ongoing, and the District is cooperating fully with officers. There is no evidence that any other students were involved in the incident. Police also say that the weapon was not displayed in a threatening manner, and at this time, there are no indications that the gun was brought to harm any other students, faculty or staff within the school district.

While I cannot comment about a specific student's disciplinary records, the District's Student Code of Conduct clearly addresses the topic of students bringing weapons to school: "A student shall be expelled from a school if the student, on school property ... uses, exhibits, or possesses a firearm." This language is quoted directly from state law.

The good news is that the arrest was made thanks to an anonymous Crime Stoppers tip. Deer Park ISD has a long-standing partnership with Crime Stoppers, and we are fortunate to have students who take an active role in school safety by reporting incidents like the one today.

Even though there was no threat to anyone at the school today, I consider the student who made the anonymous call to Crime Stoppers a hero. My hope is that other students, employees, and community members will hear about today's events and see that Crime Stoppers is a valuable tool in keeping our schools safe.

Anonymous tips to Crime Stoppers can be made by calling 713.222.8477. For more information about the Safe School Program, go to www.crime-stoppers.org/programming/safe-schoolprogram/. If you have any questions about the District's safety and security programs, contact your child's school office or the District Safety Office at 832-668-7070.