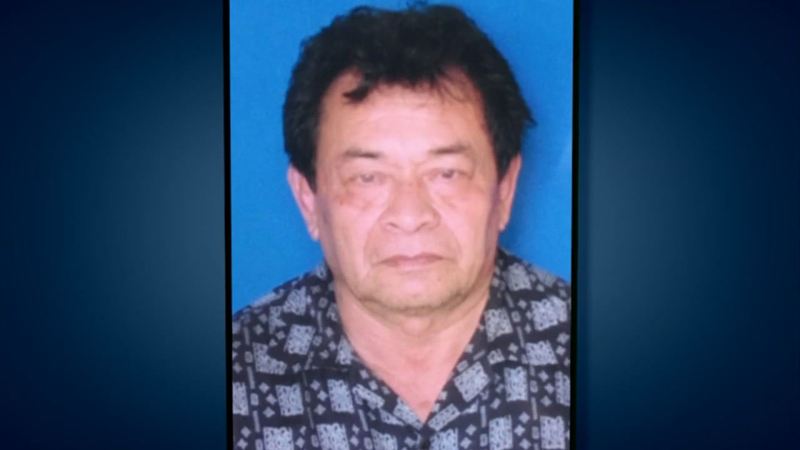 The victim, Saul Israel Cruz, was sitting in a marked security car outside the Anderson Mart, 4735 Anderson, in southwest Houston when he was shot to death.

Surveillance video shows two Hispanic men wearing purple. They are both armed when they sneak up on Cruz and ambush him. Police say they shot him through marked security car window, robbed him and then ran off. It happened around 4am, during Cruz's overnight shift. He was wearing a uniform and had reportedly been hired to protect the convenience store after several break-ins.

"It's crazy and scary at the same time because you just don't know," said one shocked customer.

Joe Guidry owns Fader's Plus, a barber shop adjacent to the store.

Cruz is a married grandfather, killed three days before Christmas. Guidry says he was always professional and friendly.

"He'd wave. He helped a couple of customers get boosts. He'd watch us out to make sure we got out safely and would stay here until 6 or 7 in the morning until the store opened," Guidry said.

HPD Homicide is asking anyone with information to contact them or Crimestoppers at 713-222-TIPS.