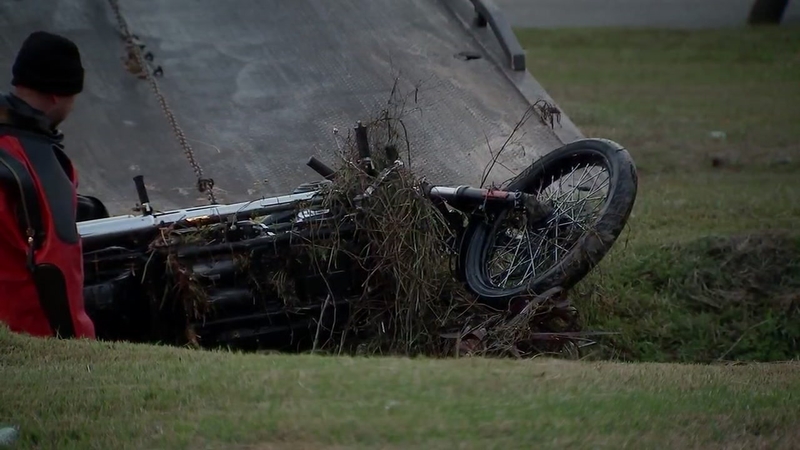 HOUSTON, Texas (KTRK) -- Police say the driver of a motorcycle may have been going more than 100 miles an hour when he crashed into a guardrail, killing his passenger in east Houston.

This happened just before 4:30 a.m. on Federal Road near Greens Bayou Street.

Police say the driver lost control and hit the guardrail. The motorcycle kept going with the guardrail wrapped around it until it went into a drainage ditch with waist-deep water.

Officials say the driver and his passenger, a woman, were thrown off the bike at some point.

The driver of the motorcycle was injured and taken to Ben Taub Hospital. He's in emergency surgery where doctors are trying to save his leg.

A dive team has recovered her body. She was not wearing protective gear. Police say the driver was wearing a helmet, and it may have saved his life.

Crews have already pulled the motorcycle from the water.

Police say the driver could be facing several charges. No word if drugs or alcohol were a factor.

Divers had to recover the victim’s body. #abc13 pic.twitter.com/VAcp2cMIDx