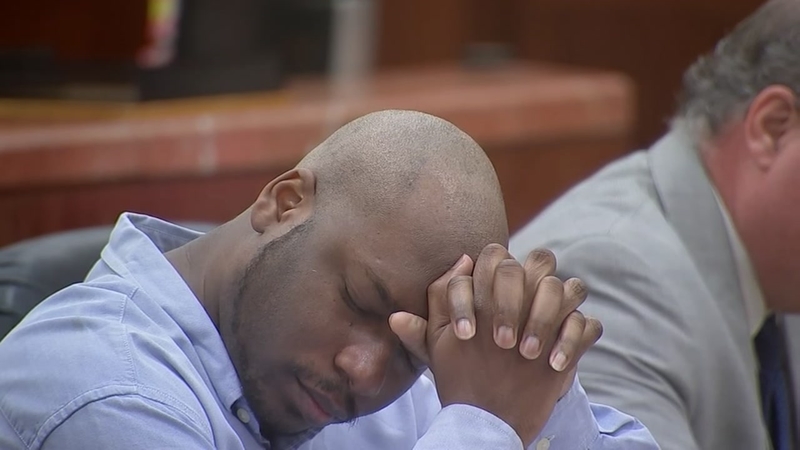 HOUSTON (KTRK) -- A jury sentenced sex offender David Wilson to life in prison hours after they convicted him of child sex assault.

The jury deliberated about an hour.

Wilson was found guilty of the sexual assault of a child in 2005 and sentenced to four years in prison. Six years later, Wilson has been found guilty again in a case that has lifelong consequences for two more children.

Wilson was charged with super aggravated sexual assault of a child. The enhanced charge is because of the age of the victim. She was only 23 months old at the time. We have also been told that the child is Wilson's niece.

A court document states that the assault occurred last year. The toddler's parents are said to have lived out of state, had drug problems, and sent their daughter to live with family in Houston. The child is the daughter of Wilson's sister.

Man accused of raping girls and infecting them with HIV

Four people in the home where the child lived were tested. Only one tested positive for HIV. It was David R. Wilson. It's unclear why Wilson was not arrested at the time.

A 14-year-old girl spoke to the Children's Assessment Center, telling a caseworker she had been having sex with a man for two years. She identified the man as David R. Wilson and said she was pregnant. An exam of the girl showed that she was HIV positive, had herpes and chlamydia.
Related topics:
houston
Copyright © 2022 KTRK-TV. All Rights Reserved.
TOP STORIES
Police investigating body at K-9 stabbing suspect's Memorial-area home
Drying out, but staying cool this week
Increased reward for tips to solve 2019 Tomball garage sale murder
Mom shares story of son's 'scary' battle with COVID complications
3-year-old injured in deadly chase with deputy on life support
Klein HS becomes first Space Force JROTC in Texas today
H-E-B's Scott McClelland retirement and what's next
Show More
Cause of death revealed for 23-year-old woman found dead after date
Sergeant was to walk daughter down aisle until his hit-and-run death
Omicron-specific COVID-19 vaccine starts clinical trials
COVID-19 vaccines do not affect fertility, study finds
51-year-old suspect in corporal's ambush killing on the run
More TOP STORIES News