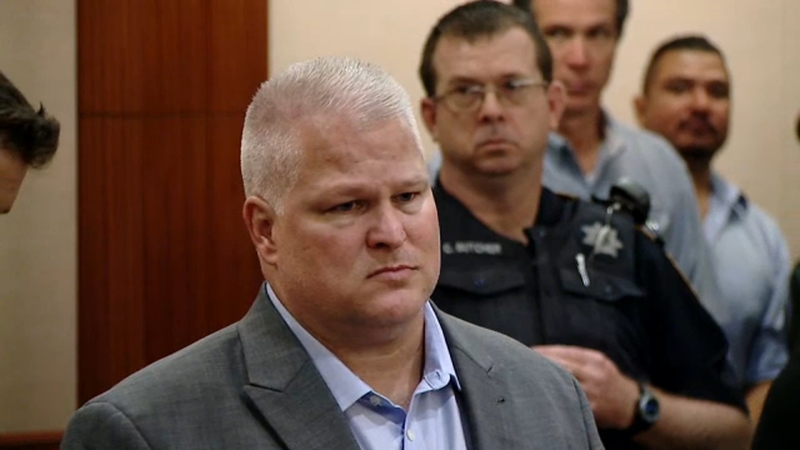 HOUSTON, Texas (KTRK) -- Former Alief Hastings football coach David Temple has been found guilty of killing his wife Belinda in 1999, who was eight months pregnant with their second child. Belinda was shot to death in the closet at the couple's home in Katy.

A jury spent Monday night in a hotel after they spent the evening deliberating. The eight men and four women reached a decision on Tuesday after eight hours and five minutes of deliberations.

This is the second time Temple's case has been before a jury. Belinda was killed in 1999, and it wasn't until 2007 that David was convicted in her murder.

Temple was sentenced to life in prison and served years behind bars. But he was freed when the conviction was thrown out and he was granted a retrial because the prosecution had withheld evidence that would have benefited the defense.
Prosecutors say Temple wanted out of his marriage to marry another woman, so he killed his wife and staged a break-in. He was having an affair with a young teacher at the school where he coached football.

RELATED: David Temple's soon to be ex-wife takes the stand in his retrial

Now, Temple will face sentencing according to the law that was in place when the crime was committed, a legal expert says. That means a range of punishment could even include probation.