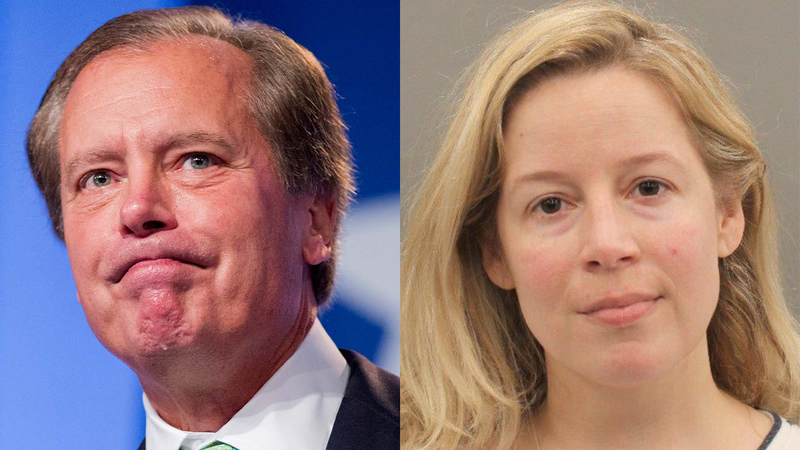 David Dewhurst not filing charges against girlfriend after alleged beating

The 74-year-old was treated for broken ribs.

Leslie Caron, 40, is charged with injury to the elderly, a felony. She's currently being held in the Harris County Jail.

In a statement released by a spokesperson for Dewhurst, the former politician said, "I'm not interested in filing any charges against Leslie. She's a remarkable woman with many fine attributes. I wish her all the best in life."

According to court records, on May 13, Caron was reportedly upset with Dewhurst for not calling a business partner.

Then, four days later, records state she threw a pot at him and struck him in the elbow. She is accused of further assaulting him by scratching and biting him.

On May 19, records state Dewhurst had a pain in his chest and went to a local doctor's office. X-rays showed he had two fractured ribs.

Caron denied assaulting him, according to court records, and said he was injured after moving things at his warehouse, but she could not say how he fractured his ribs. Caron allegedly told an officer that she was assaulted by Dewhurst and showed the officer a small bruise on her arm and claimed Dewhurst had strangled her.

She showed the officer a photo of redness on her neck. Court records said the officer found that the redness was not consistent with being strangled.

Dewhurst told ABC13 on Wednesday he was doing okay, but did not wish to comment further at that time.

WATCH HIS RESPONSE IN THE VIDEO BELOW:
EMBED More News Videos

In the video above, ABC13's Marla Carter spoke with the former lieutenant governor about the incident. Watch for his response.

The Houston-born Dewhurst served elected office from 2003 to 2015 as the No. 2 state official in Texas.

He was re-elected as lieutenant governor twice, but failed to retain his position when he lost the GOP primary to Dan Patrick.
He also failed to win the GOP primary in 2012 for the U.S. Senate seat that eventually went to Ted Cruz.

Ironically, Dewhurst would later throw his support behind Cruz for president in 2016.

He told the Texas Tribune at the time he wanted to make sure "a good conservative was in the White House" and wanted to back his fellow Texans.