Houston sports went through another shake-up, this time in the Rockets' front office. So what's next for Clutch City? The video breaks it down.

HOUSTON, Texas -- Former Houston Rockets general manager Daryl Morey took out a full-page advertisement in the Houston Chronicle on Sunday to thank the numerous people who helped him during his 13 seasons with the team.

But he saved his most effusive praise for Rockets star James Harden, writing, in bold, "James Harden changed my life."

"An entire page could be dedicated just to James," Morey wrote. "He not only transformed my life but also revolutionized the game of basketball -- and continues to do so -- like almost no one has before. The game is played differently because of James, and on every playground in the world, the next generation of talent is studying and imitating his game."

Morey brought Harden to Houston in an October 2012 blockbuster trade. The deal was one of 77 trades that Morey conducted as Rockets general manager.

Harden went on to win the 2018 MVP award and the past three scoring titles while making eight straight All-Star teams and taking the Rockets to the playoffs every season he has been in Houston.

But the Rockets never reached the NBA Finals under Morey, and he stepped down as general manager Thursday.

"I can't believe I won't be able to have another strategy session with James," Morey wrote. "I loved working together on how to get his incredible Hall of Fame teammates Dwight Howard, Chris Paul and Russell Westbrook to the Rockets. I will be rooting for James to win a championship in Houston. It's how this story should end."

Morey concluded his letter by thanking the city of Houston and Rockets fans.

"Your support has kept me energized and inspired. You have been the driving force to our success," he wrote. "I am honored to have been a part of your story." 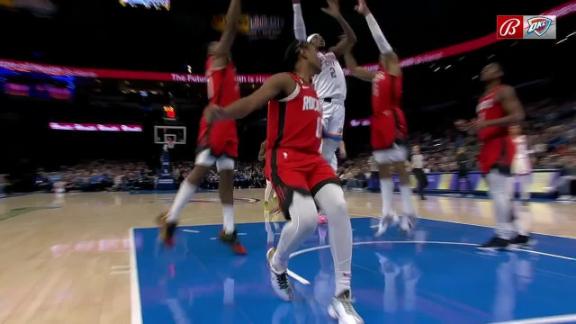 Gilgeous-Alexander and the Thunder play the Rockets 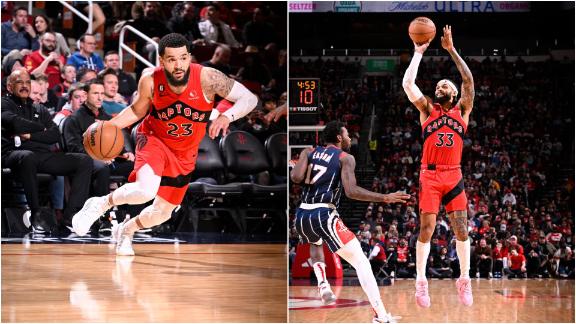 Green and Houston take on Toronto in non-conference action