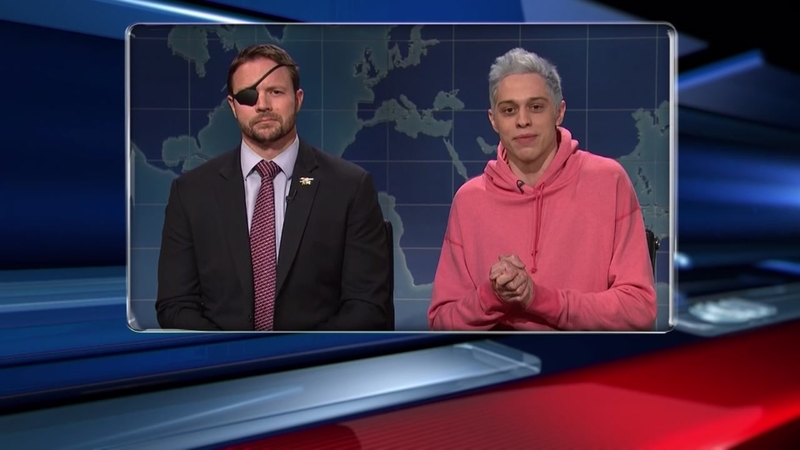 After accepting the apology, Crenshaw got in a few good-natured shots in response ("This is Pete Davidson. He looks like if the meth from Breaking Bad was a person"). Then, the former Navy SEAL, who lost his right eye after an IED attack during a combat mission in Afghanistan, delivered a serious message for viewers about Veterans Day.

He encouraged the audience to tell veterans "never forget" instead of "thanks for your service." As he explains, "When you say 'never forget' to a veteran, you are implying that, as an American, you are in it with them, not separated by some imaginary barrier between civilians and veterans but connected together as grateful, fellow Americans, who will never forget the sacrifices made by veterans past and present. And never forget those we lost on 9/11, heroes like Pete's father."