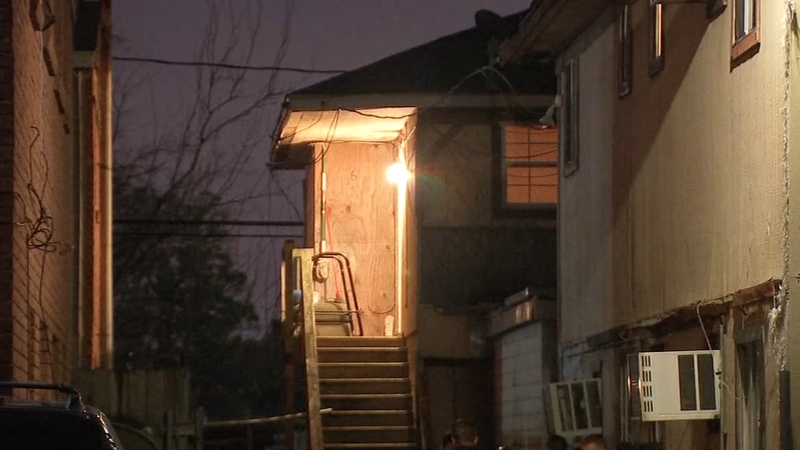 Woman fears teen killed during altercation may be her teen son

HOUSTON, Texas (KTRK) -- A man has been found not guilty after being charged with the murder of a teen in southeast Houston.

On April 6, 2022, the jury found 40-year-old Damien Desvignes not guilty of the murder of 15-year-old Guillermo Chino.

A woman told police her husband, Desvignes, assaulted her.

Upon arrival, officers said that Chino was found on the stairwell of the apartment complex with a gunshot wound to the head, where he was pronounced dead.

RELATED: I'll be back in 30 minutes,' Mom of teen killed recalls last conversation before shooting

Officials say the 40-year-old was found outside his apartment with a firearm.

Desvignes told detectives he and Guillermo were friends and believed the teen had stolen money and other items from his car that night.

Desvignes said he would not be used anymore, pulled a gun from his pocket, and shot the victim in the head. After the shooting, Desvignes says he pointed the weapon at his wife and pulled the trigger. However, the gun was no longer loaded.
Desvignes was charged with murder and aggravated assault of a family member and was given a $250,000 bond on Jan. 29, 2020.

"The information we are getting is, the victim came over (here) to hang out with the suspect. For whatever reason, there was some sort of verbal altercation, gunshots were heard, and that's when the female caller observed the young Hispanic male who she knows as 'Chino' on the steps here," Sgt. Joshua Horn with the Houston Police Department said in a previous report.

Court records from 2020 show that before the shooting, Desvignes thought Guillermo would accuse him of raping a friend's sister.