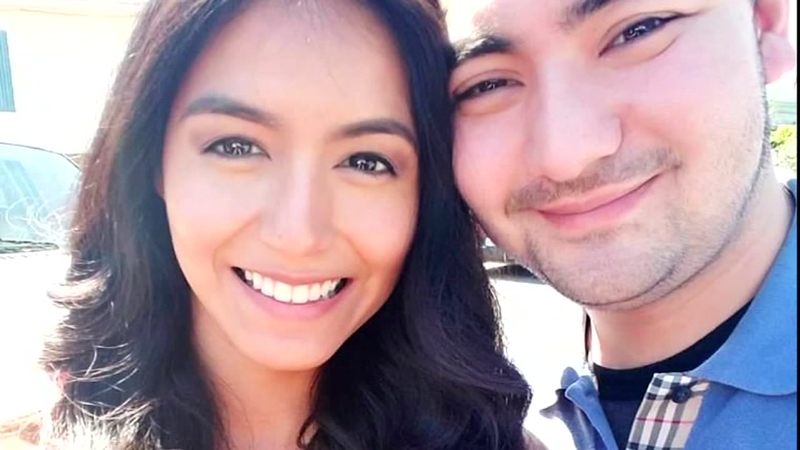 DACA recipent detained after international flight back to Houston

HOUSTON, Texas -- A flight attendant who traveled to Mexico for work while enrolled in a program for immigrants brought to the United States as children was detained on her way back by U.S. immigration authorities but said Friday she was being released, her attorney said.

Selene Saavedra Roman, a 28-year-old originally from Peru who is married to an American citizen, was assigned an international flight and raised concerns about whether she could go because of her immigration status, said Belinda Arroyo, her lawyer.

Selene Roman has been released from a Texas detention facility.

Mesa Airlines mistakenly assured her she would be fine, but Saavedra Roman was stopped by U.S. authorities on her return to Houston Feb. 12 and sent to an immigration detention facility, Arroyo said.

She has been detained ever since. But shortly after Arroyo, the airline and flight attendants' association publicly demanded her release, Saavedra Roman called her husband to say she was getting out, Arroyo said.

"She should have never been advised that she could travel," Arroyo said. "It was a big mistake."

Immigration and Customs Enforcement said the agency was looking into her status at a Texas detention facility. Earlier, the agency said in a statement that Saavedra Roman didn't have a valid document to enter the country and was being detained while going through immigration court proceedings.

U.S. Citizenship and Immigration Services - the agency tasked with overseeing the program known as Deferred Action for Childhood Arrivals, or DACA - declined to discuss the case. But the agency says on its website that those who travel outside the country without a special document allowing them to do so are no longer covered by the program.

The agency no longer issues the document to the program's enrollees, according to the website.

The Trump administration sought to end the Obama-era program but was blocked by litigation. New applications have been halted, but renewals continue for hundreds of thousands of immigrants already enrolled.

In a joint statement with the Association of Flight Attendants, Mesa chief executive Jonathan Ornstein apologized to Saavedra Roman and asked U.S. authorities to release her, arguing it was unfair to continually detain someone "over something that is nothing more than an administrative error and a misunderstanding."

Saavedra Roman is scheduled to appear before an immigration judge in April, Arroyo said.

She was brought to the country as a young child and attended Texas A&M University, where she met her now-husband, David Watkins.

Watkins said he wasn't initially worried about her assignment because they already obtained approval from U.S. Citizenship and Immigration Services to apply for her green card as the wife of an American citizen. She has no criminal record and has long paid her taxes, he said, and she checked with her employer before the trip.

"I wasn't afraid, but now I am very afraid. There is no certainty in this situation," Watkins said while his wife was in custody. "If she does get deported to Peru, I will just move to Peru."
Report a correction or typo
Related topics:
politicshoustondacau.s. & worldiceimmigrationflight attendant
Copyright © 2022 by The Associated Press. All Rights Reserved.
TOP STORIES
19 kids, 2 teachers killed in TX school shooting; gunman's mom speaks
4th grader 'did what she had to to survive' Uvalde shooting, aunt says
Once a refugee, Stratford HS runner is now college-bound state champ
Warming up, dry through Memorial Day
Musicians cancel NRA convention performances in wake of Uvalde tragedy
NRA convention still being held as protests grow
Students still reeling in the wake of Uvalde mass shooting
Show More
Explosion rocks neighborhood near Philadelphia, 4 confirmed dead
HPD investigating homicide scene in northwest Houston
City of Houston prepares for NRA convention and protests
'Broken': Mental health availability, funding 'not enough'
Surgeon describes assault weapons' extreme trauma to kids' bodies
More TOP STORIES News