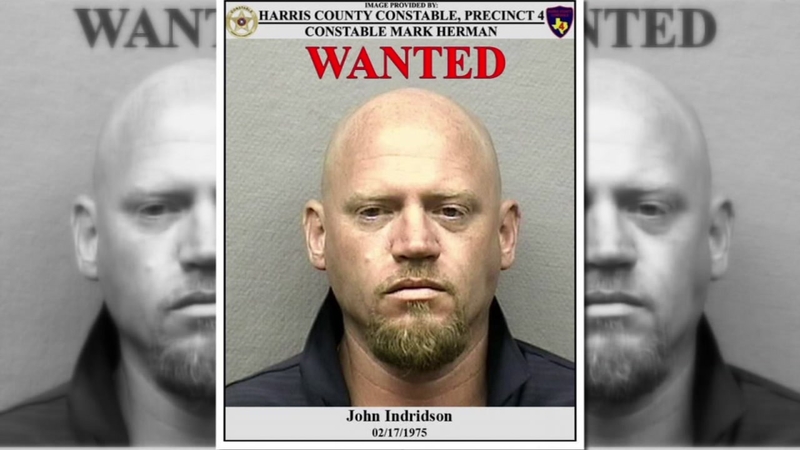 Man accused of kidnapping and torture reaches out to ABC13

"I can no longer sit back and watch as my name and reputation gets destroyed based on the words of men that are lying to cover their own poor life decisions," said John Indridson.

The Cypress contractor is wanted for aggravated kidnapping and aggravated assault.

Investigators with the Harris County Precinct 4 Constable's Office say he lured two former employees to his Cypress home in the 13800 block of Bella Drive on April 15, where he held them against their will while torturing them for nine hours.

Deputies say the victims, 19 and 24 years old, were cut with machetes, beat with belts and wrapped in plastic that was stapled to their naked bodies.

Indridson claims he is innocent. "Whatever happened in that garage is unknown to me, as I wasn't even there."

He says it was the victims who had the bad motive, "I have recently discovered that their intentions were to rob me, because I kicked them out of my house after I discovered he was selling drugs in my house."

The father of the teen victim, who asked to remain anonymous for his safety, says his son is now in counseling, discovers new wounds each day and is living in fear that Indridson may try to finish what he started.

This father says his son retells the same stories, with the same details, always implicating Indridson.

In his message, the contractor says he has not turned himself in because of his criminal past.

"I haven't turned myself over to the authorities because I do have a felony from 1995 and a recent DWI from 2017," Idridson writes. "These charges are extremely serious and I feel that I wouldn't be able to get to the truth from jail."

He goes on to say, "I'm a father of six, a small business owner and I have been dedicated to being a person that treats others with respect, opens his door to any friend in need of shelter and the most honest and trustworthy person around."

Investigators say there were two other men who worked with Indridson to hold the victims and assault them.

A third unnamed suspect also remains on the loose.

The U.S. Marshals Gulf Coast Violent Offender and Fugitive Task Force is now assisting in the search for the wanted men.