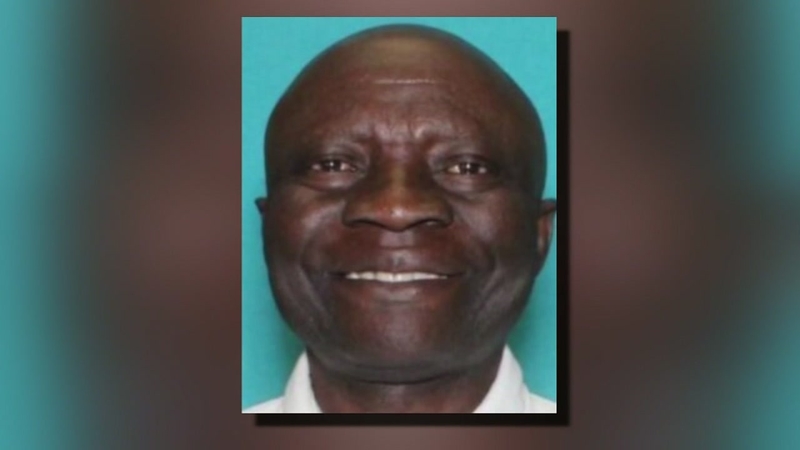 CYPRESS, Texas (KTRK) -- The man accused of fatally shooting his estranged wife and injuring his daughter outside a Cypress church has been found dead, according to the Harris County Sheriff's Office.

Deputies arrived at the hotel on a tip that Edigin had checked in. They said he was considered armed and dangerous. Edigin had been living at the hotel for the past week, sources say.

Negotiators with the Harris County Sheriff’s office are trying to get the suspect to pick up his cell phone or room phone. pic.twitter.com/A2UJveB5fA

Some hotel guests were evacuated during the standoff. No one else was injured.

According to deputies, Edigin opened fire outside the Christ the Redeemer Catholic Church on Huffmeister just after 7 p.m. Thursday, killing his wife Graciela Torres. She was 66 years old.

After the shooting, court records say Edigin called his other daughter saying, "I just shot your mom and your sister."

Sources say Torres had recently sold a property in Mexico and there had been a dispute over the money.

According to deputies, Edigin opened fire outside the Christ the Redeemer Catholic Church on Huffmeister just after 7 p.m. Thursday, killing his wife. His daughter was also shot but survived the shooting.

His daughter, 31-year-old Penny Zapata, was also shot but survived the shooting. A child who was in the car at the time was unhurt, sources say.

Sources with the Harris County Sheriff's Office tell us he threatened his wife before, with one incident happening as recently as Jan. 6.

A woman told us her husband and three kids were on lockdown during the shooting.

Woman says her family was inside church during shooting

Pam Ledesma said her husband told her they were in a gym closet praying the rosary during the frightening incident.

"It's just crazy to see that stuff like happens, number one at a church, and I know we live in Houston, but at the same time, I mean, I don't know what kind of person would do that at a church when people are just trying to pray at night," Ledesma said.

The Archdiocese released the following statement on the shooting:

"Our prayers are with the victims and families affected by the tragic shooting this evening at Christ the Redeemer Catholic Church. Officials with the Archdiocese and the parish community are cooperating with local authorities in their investigation."

Christ the Redeemer Catholic Church shared a message on its Facebook page letting parishioners know that they will hold regularly scheduled mass Friday at 9 a.m. and the offices will be open. The Catholic school and Genesis Early Childhood Program are canceled for Friday. Parents are still welcome to bring children as usual, but they said it will not be an official school day.

Christ the Redeemer Catholic church shared a message about the shooting, saying they are "saddened that such violence has visited our campus."

"We are saddened that such violence has visited our campus. Though it appears to be an isolated incident of a domestic dispute, the tragic assault on the two women and the dignity of human life is heartbreaking. Please join us in prayer for the families of the victims. We pray as well for the police who are investigating and are grateful for their service. We join with all others in praying that the shooter may be apprehended in due haste and that healing may begin for all impacted. May God bless us all."

A GoFundMe account was set up for Torres' daughter as she recovers from the shooting. You can make a contribution here.