How did a cow end up on the East Freeway? 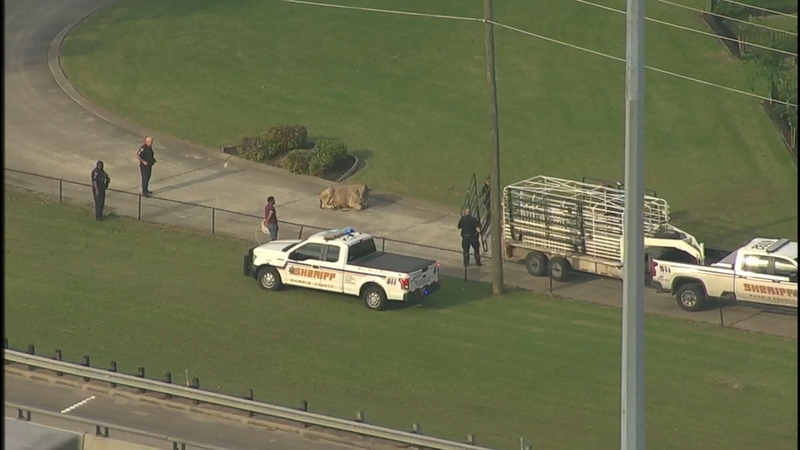 Loose cow may have caused crash on East Freeway

HOUSTON, Texas (KTRK) -- In this week's edition of only in Texas, a cow caused a traffic tie-up Wednesday morning.

Around 8:15 a.m., Harris County Sheriff Ed Gonzalez said the loose cow was on the East Freeway main lanes westbound at the East Beltway.

Only in Texas: @HCSOTexas Livestock Unit is en route to East Fwy/E & Sam Houston Pkwy N in reference to a loose cow on the East Fwy main lanes. A pedestrian is currently trying to rope the cow. There has been one crash possibly related. No injury to cow. #HouNews #HouTraffic pic.twitter.com/iVkaKN1Nub

Quite the scene unfolded. According to Gonzalez's tweet, a pedestrian was trying to rope the animal.

The cow wasn't injured. It was believed initially that the cow may have caused a crash, but the sheriff's office later said the accident on the East Freeway was unrelated.

About 20 minutes later, the sheriff's office's livestock unit was able to corral the cow over to the nearby cemetery, San Jacinto Funeral Home & Memorial Park, where it rested on the road for a while.

SkyEye was over the scene as authorities in cowboy hats patiently waited until the bovine was content to stand up and walk into a trailer out of harm's way.

A woman who spoke to ABC13 said she owns the cow and had just gotten it on Tuesday. The animal ended up on the loose after bursting through a weak spot in her fence.

Getting around Houston can sometimes be a challenge, especially when livestock is involved, unless you know how to get around.