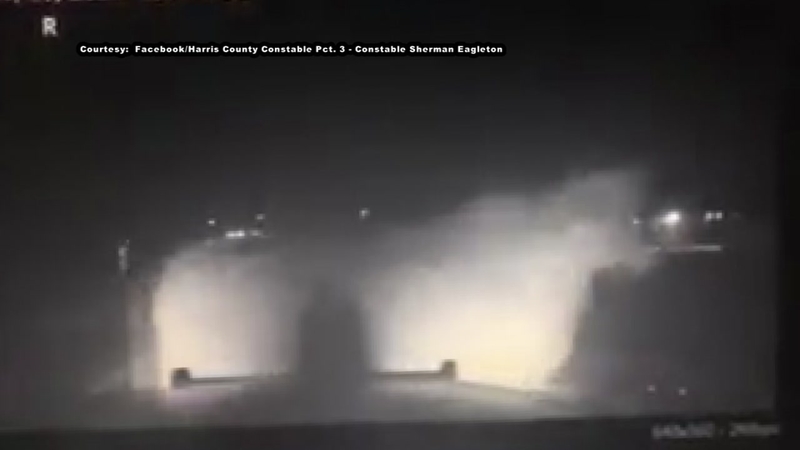 HUFFMAN, Texas (KTRK) -- This was one chase that had a deputy moo-ving.

According to the Harris County Precinct 3 Constable's office, one of the department's deputies was caught on camera being chased around by a cow that may have been hit by a vehicle.

Deputy Andrew Ries encountered the cow shortly after his shift began along FM-2100 in the Huffman area. Ries saw two vehicles parked on the shoulder, prompting him to stop to investigate a possible accident, according to the constable's office.

Instead, the motorists told Ries that another vehicle had hit a cow, which appeared to be uninjured.

However, as seen on his dashcam video, the downed cow started stirring and charged at Ries as he was backing away. The deputy is seen running around his patrol vehicle.

The animal then charged at him some more, and the deputy is seen running out of view. The cow eventually went into the woods, never to be seen again.

Ries returned to his vehicle and left after braving the bovine.

"We can handle criminals with no problem," remarked Constable Sherman Eagleton's office on Facebook. "But when it comes to livestock....it's no bull!"