Arson may be to blame for historic Mason County courthouse fire 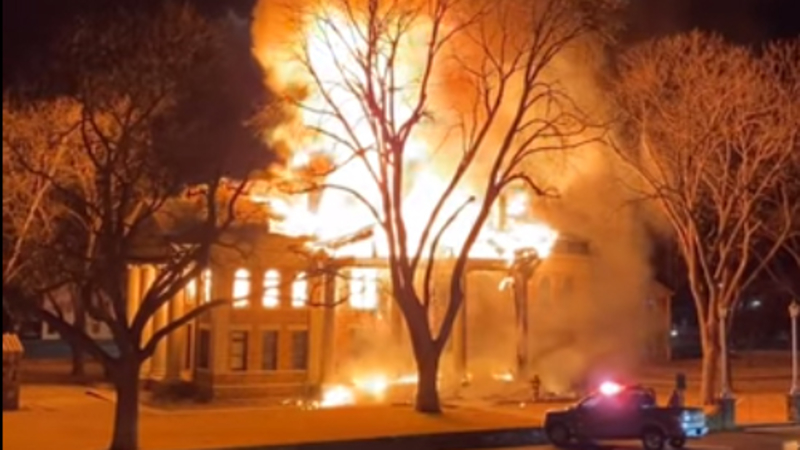 It started around 10 p.m. Thursday in the two-story structure that was undergoing renovations.

"We are strong enough and we will rebuild," Mason County Judge Jerry Bearden told Austin's KXAN-TV.

All that was left by Friday morning was the building's rock wall structure. County records and documents had been relocated last year and were safe, KXAN reported.

Firefighters had responded to a house fire more than a mile away from the courthouse at around the same time, but there was no word if the two were related, Bearden said. On Friday, a suspect was taken into custody after authorities said they believe the courthouse fire was intentionally set.

The Mason County Courthouse opened in 1910 after a year of construction.

"What we have left are 110-year-old walls," Bearden told KXAN. "It's a terrible tragedy for people in the county. This is my 19th year being in office here, and I've been through floods and fires, but I've never had anything with a gut punch that I've had with this."