Nearly $200k worth of prescription drugs stolen from Conroe pharmacy 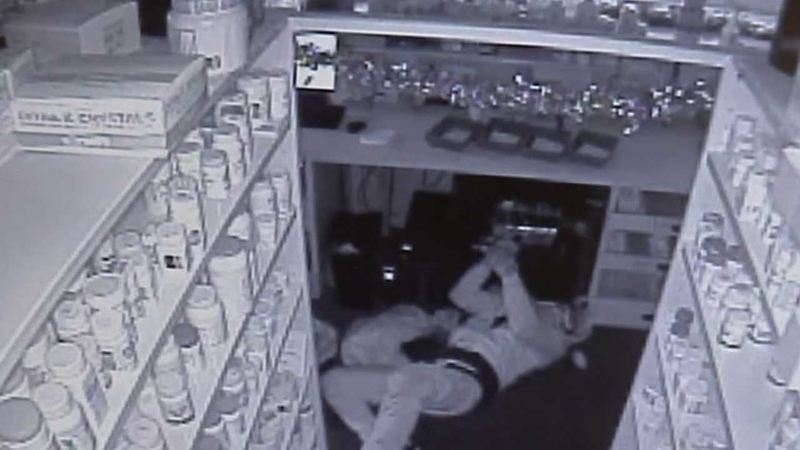 CONROE, TX (KTRK) -- A thief hit a Conroe pharmacy twice in 24 hours. During the first break in he failed to get what he came for. In the second, he came prepared with tools.

Employees at Village pharmacy arrived before 7am Tuesday, to find the glass door shattered, and the steel safe that had contained pharmaceutical narcotics with a large hole in it.

Security video shows a man wearing goggles with a hooded sweatshirt drilling through the safe for about an hour before he was able to get into it.

The pharmacy has been targeted before, but owner Richard McMillan thought he had a security system that would've been up to the challenge. No alarms were tripped during either break-in.

"It galls me that the alarms didn't go off," McMillan said. "I thought we were secure. Obviously we had a false sense of security."

A steel plate covers the hole through which the drugs were removed. The inventory included a variety of painkillers.

"We had to refer some of her customers to other pharmacies today," McMillan said. He's arranged for new inventory to arrive by Wednesday.

McMillan also faces a lot of paperwork to document the theft which is required by regulators. He estimates the street value of the stolen drugs to be as much as $200,000 and expects most of it is already been sold if not consumed.

The security company is now upgrading the system. McMillan believe the thief had probably been in the pharmacy before to case it.

The Conroe Police Department will be investigating the theft.