Man accused of shooting his parents, killing mother in Conroe 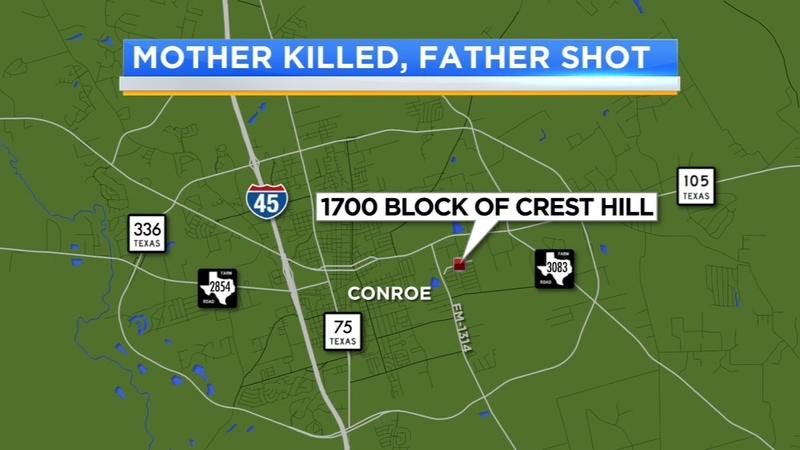 Man accused of shooting his parents in Conroe home

CONROE, Texas (KTRK) -- A 28-year-old man has been arrested after his younger brother told deputies that he shot their parents, killing their mother, Thursday night in Conroe.

Conroe Police Department responded to a call around 7:09 p.m. in the 1700 block of Crest Hill Lane.

When they arrived, they learned that a 53-year-old man and a 55-year-old woman had been shot inside the home.

Cardona ran from the scene, and after five hours of searching, was found hiding in a wooded area nearby.

The father was taken to the hospital in critical condition. His wife died at the scene.

Cardona has been booked into the Montgomery County Jail for one count of murder and one count of aggravated assault with a deadly weapon.