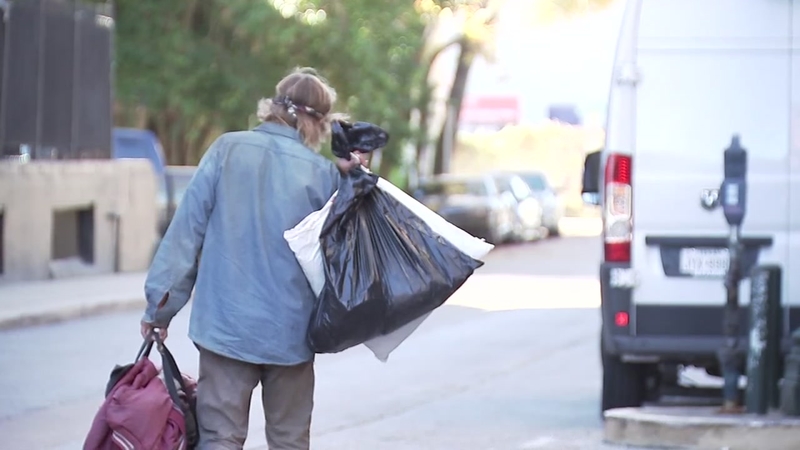 HOUSTON, Texas (KTRK) -- Some of Houston's homeless could be moving to a temporary outdoor shelter near the McNee Street Bridge in northeast downtown by this spring.

City officials are looking into turning 5,000 square feet of METRO property into a shelter for about 200 homeless people.

"There are no requirements when they get there. Nobody has to do anything. They don't have to engage with our teams that are helping them. It's just a safer place to be," explained Marilyn Brown, the president and CEO of Coalition for the Homeless, which is a nonprofit that has been working with city officials on the project.

The proposal targets the city's two biggest homeless camps: one under the US-59 overpass in Midtown and the other downtown by Minute Maid Park.

"The encampments have really brought a sense of urgency that didn't exist," explained Brown.

The city of Houston has a long history of trouble with homeless camps.

In fact, a judge has issued a temporary restraining order forbidding police from ticketing or moving the homeless after a lawsuit from the ACLU alleging there aren't enough options for them.

"Because we do not have enough housing to immediately house everybody, people do have to wait on a waiting list, so we need a safe place for them to be," Brown said.

Officials stress that the shelter is not a permanent solution. It would only be open for up to six months.

But those who live nearby are already worried about the potential for increased crime.

"I don't want to get an influx of them haggling all of us, breaking into cars, so with this happening, I feel like it could lead to more of that traffic and unwanted activity," said resident Jake Warny.