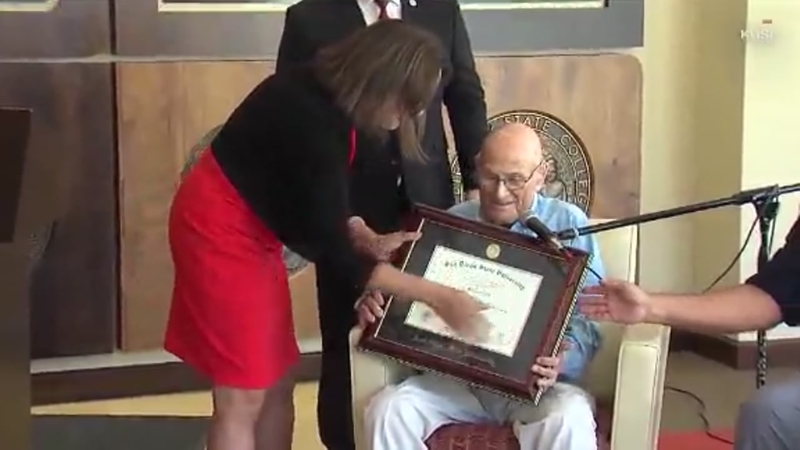 A man who graduated 83 years ago finaly gets his long-overdue diploma!

SAN DIEGO, California -- A college graduate received a diploma that was long overdue.

Vogt was among the first students to set foot on the current San Diego State University Campus after it opened back in 1931.

He had graduated in 1935 but never received a printed diploma, KUSI reported.

The school learned about this back in May, when they went to award Vogt for becoming a lifetime member of SDSU alumni.

On Thursday, Vogt had the opportunity to hold his well-earned diploma for the first time.

"He finished his work in December in 1934, but there was no mid-year graduation ceremony at the time," said assistant vice president of SDSU alumni Dan Montoya. "Otherwise, he might have walked the commencement with a classmate in 1935."