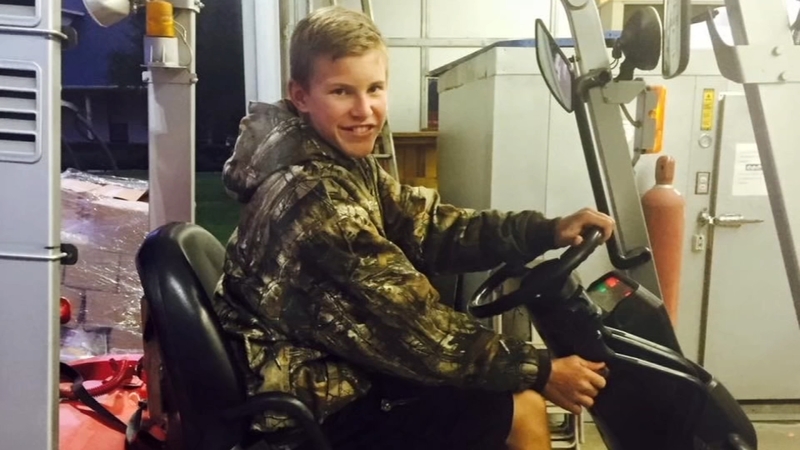 NAVASOTA, Texas (KTRK) -- The third flag outside Friendswood City Hall was flown at half staff Monday because the third member of Scott Gordon's family, his only child, is no longer with us.

"Lost. Totally lost," Gordon said. "Cole and I did everything together."

His 17-year-old son Cole got into an accident early Sunday morning in Navasota. His friend Justin Phelps survived the crash.

"I'd give anything just to have another phone call with him, just to sit down and go to Whataburger with him one more time," Phelps said. "I'd just love to see him again."

Cole's passion was FFA. He and Justin were returning from an auction, bringing pigs back for other kids, when the crash occurred.

"He was the hardest working high schooler I knew," Phelps said.

WATCH: What we know about the crash

Officials say the student fell asleep and lost control of the vehicle before hitting a tree.

Phelps said Cole would regularly arrive at shows five or six hours away just to help.

"One of his goals was to win Houston Livestock Show and Rodeo," Phelps said. "He wanted to be best in show."

Jeff Smith has known Cole since he was a little boy. He worked with Cole and his dad to raise money for nonprofits.

He may have only had 17 years, but Cole Gordon made his mark.

"We just said, 'God made him so good he wanted him back early,'" his father said.